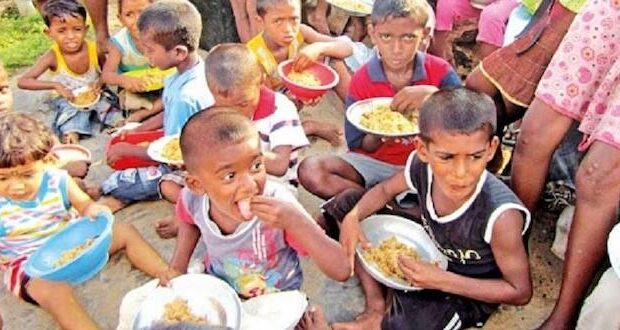 Sri Lanka faces malnourishment and starvation among its population after its government banned fertilizers in a bid to stop "climate change."

At the 2021 United Nations Climate Change Conference, Sri Lankan President Gotabaya Rajapaksa gave a speech bragging about his country’s move toward sustainable agriculture. Less than a year later, millions of Sri Lanka citizens face starvation, and President Rajapaksa is in exile in Singapore — all a result of his disastrous agricultural and environmental policies.

In early July, tens of thousands of protesters toppled the government of Sri Lanka, in part out of anger at the dramatic fall in nationwide food production. This crisis was man-made and totally avoidable. The shortage was due to the systematic destruction of Sri Lankan agriculture by a regime so focused on appearing environmentally conscious that it blinded itself to the humanitarian disaster it was creating. The spectacular collapse comes as U.S. policymakers are being pressured by environmentalists and climate change activists to institute similar “sustainable” farming requirements on American agriculture.

Things weren’t always so bad in Sri Lanka though. Up until 2019, the country had a thriving agricultural sector—producing enough rice to feed itself and enough tea to make up 70 percent of its exports. Coming out of the food shortages of the 1970s, widespread use of modern agricultural techniques, especially chemical fertilizers, had made Sri Lanka the “granary of the east” for the last 40 years. Starvation and shortages were unknown. 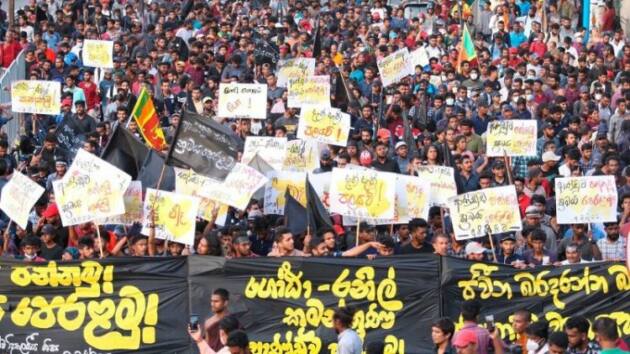 Millions of Sri Lankans protested the draconian sustainable farming policies which have caused the nation to lose 40 years of food independence growth.

President Rajapaksa reversed this progress. Against the advice of the nation’s agronomists, he banned chemical fertilizer and pesticides. His administration argued that the use of chemical fertilizers created unsafe levels of greenhouse gas emissions and destabilized local ecosystems. he said  Sri Lanka was vulnerable to climate change and urgency was needed

And so it began–the starvation of millions of previously well-fed Sri Lanka citizens.

In the ban’s first six months alone, rice yields fell 20 percent, while tea yields fell 18 percent. That increaed from between 30 and 80 percent reductions in other agricultural sectors. The government scrambled to respond to the crisis by importing nearly half a billion dollars worth of rice and partially lifting the ban for export crops, but the crisis only compounded. Ninety percent of Sri Lankans started skipping meals to save money. Many in poorer regions died.

Meanwhile, the loss of their chief exports, alongside the money spent bailing out farmers and importing rice, caused a financial crisis. Inflation reached 54 percent, and, in May 2022, Sri Lanka (just two years ago a model for Third World economic growth and food production) defaulted on its debts.

In light of this man-made crisis, the overthrow of the Rajapaksa regime is no surprise. Sri Lanka’s short-lived attempt to transition to organic agriculture produced nothing but misery and massive political instability.

What lessons can America learn from the disaster? First, the importance of protecting free and open government and economic liberty.

Indian economist and philosopher Amartya Sen famously said “No famine has ever taken place in the history of the world in a functioning democracy.” While Sri Lanka was nominally a democracy, in practice, the Rajapaksa family largely controlled the political arena, directly causing this crisis.

Second, Sri Lanka serves as a warning to the US on the dangers of faux environmentalism. Too often, well-meaning advocates of protecting our planet embrace solutions that feel green, but are actually harmful to the environment and human wellbeing. Many Western environmentalists and policymakers advised and supported Rajapaksa’s reforms—after all, what could be bad about “organic” farming? It sounds so, well, sustainable.

This should serve as yet another reminder that it is not enough for a policy to use the correct green policy.

To be clear, chemical fertilizers and pesticides can be harmful to the environment. They can increase emissions, pollute local ecosystems, and harm community health. But they also have environmental benefits. The so-called “green revolution” saw a 300 percent increase in crop yields accompanied by a 30 percent increase in land use for farming. This allowed humanity to grow more food on less land—a humanitarian and environmental victory. Fewer people are starving today than at any time in history.

Unfortunately, the West has not learned from the disaster in Sri Lanka. In the Netherlands, stringent new government regulations on fertilizer emissions are causing a popular revolt among farmers. In Canada, Prime Minister Justin Trudeau is currently forcing through a mandatory reduction of chemical fertilizer use—against the advice of Canadian agronomists.

The United States would do well to look at Sri Lanka and be reminded of two truths many policymakers have forgotten: Forcing through sweeping economic changes with executive fiat rarely ends well, and sounding“green” isn’t the same as being green.