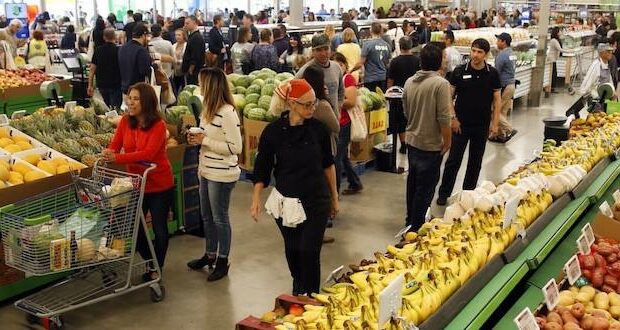 Whole Foods founder and CEO John Mackey is warning that “socialists are taking over” the U.S.

Mackey made the statement during a Thursday podcast with Reason Magazine and it mirrors what more and more economists are saying.

The entrepreneur has long spoken about the dangers of socialist policies and has adopted the term “conscious capitalism” to describe his preferred approach to economics.

“You know, I’m a capitalist at heart, and I believe in liberty and capitalism. Those are my twin values. And I feel like, you know, with the way freedom of speech is today, the movement on gun control, a lot of the liberties that I’ve taken for granted most of my life, I think, are under threat,” he added.

Mackey has been warning Americans about the rise of socialist sentiment in the U.S. for years. He is set to retire from his role at Whole Foods at the end of August, and he says he will be much more vocal about his beliefs once he leaves. In 2020, stores sent home employees who came to work wearing with Black Lives Matter t-shirts. BLM is a self-described Marxist organization.

Mackey has described “conscious capitalism” in the past as a way of maintaining American business culture while focusing on more than just profit.

“From an investor’s perspective, the purpose of the business is to maximize profits. But that’s not the purpose for other stakeholders—for customers, employees, suppliers, and the community,” he said in a 2005 debate with Nobel laureate Milton Friedman and former Cypress Semiconductor CEO T.J. Rodgers, “Each of those groups will define the purpose of the business in terms of its own needs and desires, and each perspective is valid and legitimate.”