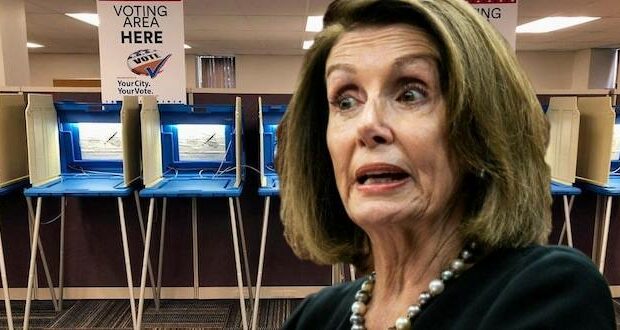 Democrats have passed an “election reform” bill that some say actually weakens the democratic process and moves control of elections nationwide to Congress.

Officially numbered H.R. 1, the 800-page For the People Act, passed on a razor-thin party-line vote 220-210 with all Republicans voting against it, being joined by one Democrat.

Here’s what the bill does:

The proposed legislation would need 60 votes to overcome a filibuster in the Senate. Democrats currently hold the smallest possible majority in the Senate, with 48 Democrats and two independent senators who caucus with them.

It is unclear whether there would be enough support, with the bill needing 10 Republicans to overcome the filibuster and dozens of Republicans already speaking out agains the un-Democratic aspects of the legislation.

“This is called the For The People bill. And in doing so, we combat big, dark, special-interest money in politics and amplify the voice of the American people,” House Speaker Nancy Pelosi (D-Calif.) said Wednesday at an event prior to a vote on the reform bill.

The bill was created by Democrats with no input from Republican members of the House. However, the Biden administration hailed it as bi-partisan and is pushing for passage, saying the legislation is “urgently needed to protect the right to vote and the integrity of our elections and to repair and strengthen American democracy.”

A previous version of the bill had passed the Democrat-controlled House 234-193 in 2019 but was not considered by the then Republican-controlled Senate.