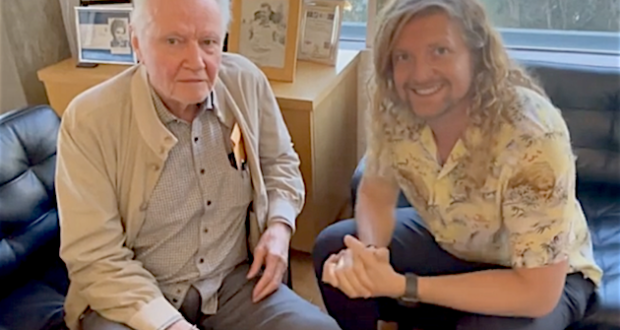 God-given freedom is at risk in the United States, Oscar-winning actor Jon Voight said in an interview with worship leader Sean Feucht.

“I think about freedom as this amazing thing that God created this world and all of us humans, and he gave us freedom,” Voight said. “If I was advising God, I’d say ‘wait a minute.’ It’s the greatest gift we have, and the freedom of religion is why this country became what it is.”

Feucht has been at the center of several large Christian gatherings since the start of the COVID-19 pandemic. According to data, none of them have gone on to be super spreaders. He went on to share with Voight about his many citations. He asked the 82-year-old star if he thought freedom was eroding throughout the years of his life.

“Well, certainly there’s been an attack,” he told Feucht. “This country has been under attack by an atheist force, which started with the KGB and then it went on to others, but this is an atheist force. So we have to stand up. We have to be as bold as you are and carry on and not give in to this, but we also have to know that in this journey, this is what we’re meant to do. We can have a lot of fun, and we’ll make a lot of great friends along the way.”

Voight, one of Hollywood’s most prolific actors, challenged Americans to fight for their freedom.

“We’re fighting for all the Americans out there, a lot of us, we’re fighting for all you guys, that you have this freedom that you pass it on to your generations ahead,” he said. “We have to stand, we have to make a stand here. We got to hold the line, we got to take a stand and that’s what we’re going to do, we’ll have a lot more amazing shows, they’re going to be fun, full of joy, but yet all at the same time have some teeth to it.”