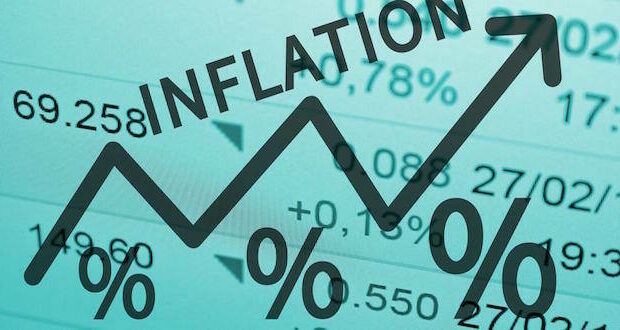 Inflation in May matches that of the Great Recession

U.S. inflation is now at its highest level since the Great Recession of 2008. The Labor Department released additional data on Thursday showing that prices for May rose 5 percent from a year ago.

The sharp jump in the year-over-year inflation number is attributed to several factors but the primary cause is the influx of trillions of dollars into the U.S. economy through stimulus spending and extended unemployment benefits that are not tied to production. That’s before the proposed $6 trillion “infrastructure” spending bill being pushed through Congress by the Biden administration and Democrats.

President Biden this week ended negotiations with Republicans who were seeking $300 billion for actual infrastructure.

Indicators across all segments of the economy show the nation may be entering a period of consistently high inflation, often called “hyperinflation” with many fearing it could eventually reach the levels of the 1970s under the Carter administration.

The Labor Department announced that the consumer price index rose at a rate 20% higher than expected.

The rise in used car prices accounted for about a third of the increase in overall inflation. Prices for used cars and trucks jumped 7.3 percent in May, following a 10 percent increase in April.

Airfares were also up 7 percent, and rental car prices jumped another 12 percent last month just in time for Summer travel.

Food prices, often seen as the most visible indicator for consumers, rose another 0.4 percent in May. Analysts, however, expect skyrocketing food prices in the coming months.

Core inflation, which excludes the volatile food and energy components has seen its biggest gain in 28 years. Under the Biden administration it up 3.8 percent over the past year as economists begin to sound the alarm.

Forbes has reported a new survey that finds 86% of consumers say they experience price increases on everyday goods and services. In particular, they pointed to on groceries (96%), gas (93%), dining out (57%), and clothing (42%).

READ: It now costs more to eat out

Restaurants and groceries have started to raise their prices as they face increasing food and labor costs. Agricultural commodity prices surged about 60 percent over the past year, reaching a decade high, according to Wells Fargo. And average hourly earnings at restaurants have increased 24.4 percent at an annualized rate in the past three months, as business owners scramble to fill open job positions.

Joseph Carson, a former Alliance Bernstein and Commerce Department economist, believes the situation is going to be persistent.

Carson also noted that the current business cycle is “quite unusual.” Unlike previous recessions, unique features of this recovery cycle include low inventory levels and wage inflation, which are driving prices higher.

Previous: Justice Department will defend Christian schools against lawsuit
Next: With 2% chance of survival, Christian cancer patient brings America’s Got Talent to tears