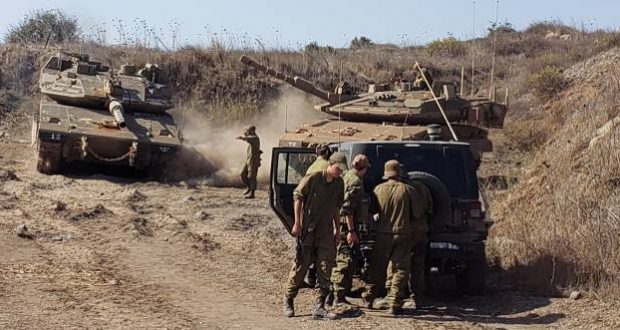 The United States may reveal a peace plan that could end the Israeli-Arab conflict. President Donald Trump stated on Thursday that the plan, supported by Israel and designed in part with Gulf Arab states, could happen before his meetings with Israeli Prime Minister Benjamin Netanyahu and his main political rival Blue and White leader Benny Gantz scheduled for Tuesday in Washington.

“It’s a great plan. It’s a plan that really would work,” Trump told reporters on Air Force One before arriving at a Republican Party meeting in Florida.

Metro Voice publishers Dwight and Anita Widaman learned details of the plan in November at the International Christian Media Summit held in Jerusalem. The summit hosted print and broadcast journalists for four days of meetings and behind-the-scenes looks at Israeli security issues and technological breakthroughs that are changing the world.

“Israeli officials are very optimistic,” stated Anita Widaman. “The plan uses a combination of economic incentives and gives Arabs living in Judea and Samaria hope while taking away the incentive to promote terrorist activities.” 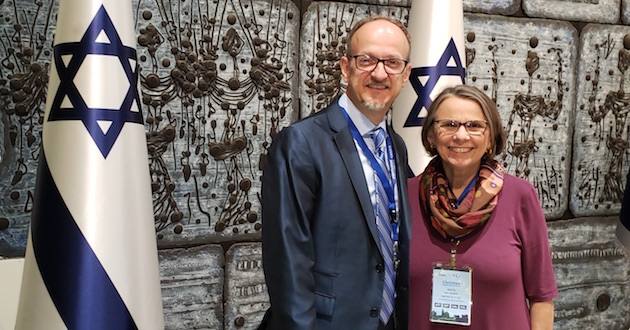 Gulf states, including Saudi Arabia and others, are tired of the nearly 70 year conflict. “Arab nations have invested hundreds of billions of dollars into the Palestinian cause and feel that Israel is the future, not the Palestinian State,” Widaman stated.

Trump, speaking of Arab Palestinians and Israel said, “They both would like to do the deal. They want to see peace.” Trump continued stating. “Look, Israel wants peace, Palestinians want peace. They all want peace. Not everyone wants to say it.”

Vice President Mike Pence announced Gantz and Netanyahu’s invitation to Washington during a meeting with the prime minister after attending the World Holocaust Forum in Jerusalem. Gantz and Netanyahu are taking time away from their campaigning for the March 2 national elections to attend the meeting with Trump at the White House.

Some in the Israeli media joked that Trump has already achieved quite a feat by getting the two bitter rivals to come to the White House together.

“We have had no better friend than President Trump,” Netanyahu said. “With this invitation, I think that the president is seeking to give Israel the peace and security that it deserves.”

When asked when the plan would be released, Trump said it would be unveiled “sometime prior” to his meeting with the Israeli leaders.

“Probably we’ll release it a little bit prior to that,” he said.

Noticeably absent from next week’s meeting are Palestinian leaders, who rejected the peace plan before it was released. The PA has not had any meaningful diplomatic ties with the Trump administration since the president recognized Jerusalem as Israel’s capital in 2017.

“We’ve spoken to them briefly. But we will speak to them in a period of time,” Trump said. “And they have a lot of incentive to do it. I’m sure they maybe will react negatively at first, but it’s actually very positive to them.”

Abu Rudeineh,  spokesman for Palestinian Authority President Mahmoud Abbas, warned Israel and the US “not to cross any red lines.”

Citing unnamed sources, Israel’s Channel 12 reported Thursday that Trump’s peace plan calls for Israeli sovereignty throughout Jerusalem and Jewish settlement communities in the West Bank. The administration would reportedly recognize a Palestinian state after the Hamas terror group in Gaza gives up its weapons and the Palestinians recognize Israel as a Jewish state with Jerusalem as its capital.

Channel 12 also reported that the US would give Israel full security control over the Jordan Valley, push for minor lands swaps, and negotiate the possible absorption of Palestinian refugees into Israel. The report said if Israel accepts the deal and the Palestinians reject it, Israel has Washington’s full backing to begin annexing settlement communities.

“If the announcement of this deal, with these unacceptable formulas, is made, the leadership will announce a series of measures to preserve our legitimate rights, and we will call on Israel to assume its responsibilities as an occupying power,” Rudeineh said in the statement, reported by the official PA news site Wafa.

He appeared to be referring to past threats to dissolve the Palestinian Authority, which controls parts of the West Bank. That means Israel will suddenly be responsible for providing basic services to millions of Palestinians.

Meanwhile, Trump said on Twitter that “reports about details and timing of our closely-held peace plan are purely speculative.”

The US was believed to have been delaying the release of the peace plan until Israel has a stable government. The country is holding its third election in under a year in March after both Netanyahu and Gantz tried and failed to form a government after two prior elections.

The administration may have decided to release the plan earlier because it appears that Israel will be stuck in its political deadlock for much longer than expected.

Previous: Multiracial churches present challenges for pastors of color
Next: Watch President Trump live at the March for Life at 12 Noon, 11 Central today