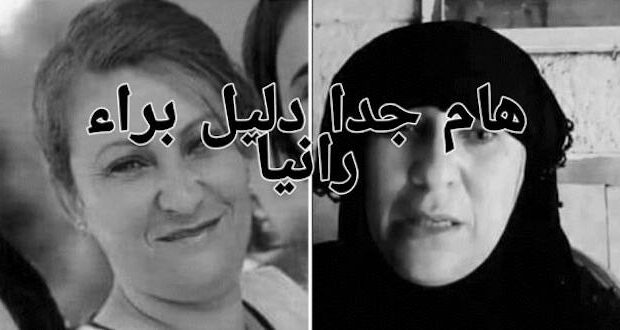 Ranya Abd al-Masih is a Christian teacher who was kidnapped.

Christian women and teens are being kidnapped and trafficked in Egypt to bear children for Islamists according to a new report. The startling news says Coptic Christian women and girls are particularly vulnerable to exploitation with some pregnant women being caught up in the practice while others are raped.

In one case, Ranya Abd al-Masih, a 39-year-old Coptic woman, was kidnapped on April 22, 2020 in the Menoufia Governorate. Ranya was a high school teacher and a mother to three daughters at the time of her kidnapping. A few days after her disappearance, Ranya appeared in a video wearing the Islamic niqab saying that she was not kidnapped, that she left the house of her own accord taking her things, and that she had converted to Islam. At the end of the video, she recited the Islamic creed and asked her husband to stop looking for her.

There are several inconsistencies in the video since Ranya did not take her personal belongings with her from her home and during the video she appears to be in tears as she recites what she is being told to say.

Rayna’s family pleaded with authorities and the President to rescue her. Coptic Bishop Binjiman was extremely vocal in calling for her release. On July 15, 2020, Ranya was suddenly returned to her family. Bishop Binjiman gave an interview confirming that Ranya had been kidnapped by two women who pushed her into a car. She was sexually, psychologically, and spiritually abused during her nearly 3 months of captivity. During the interview, Binjiman noted that he is aware of 15 similar cases of kidnapped Coptic women and girls. Of note, Rayna’s family was directed by the police to stop talking publicly about her case.

Coptic Solidarity was established in 2010 and is dedicated to achieving equal citizenship rights for the Copts in Egypt. They recently released the report “Jihad of the Womb: Trafficking of Coptic Women & Girls in Egypt.”

The report reveals, “The capture and disappearance of Coptic women and minor girls is a bane of the Coptic community in Egypt, yet little has been done to address this scourge by the Egyptian or foreign governments, NGOs, or international bodies.” 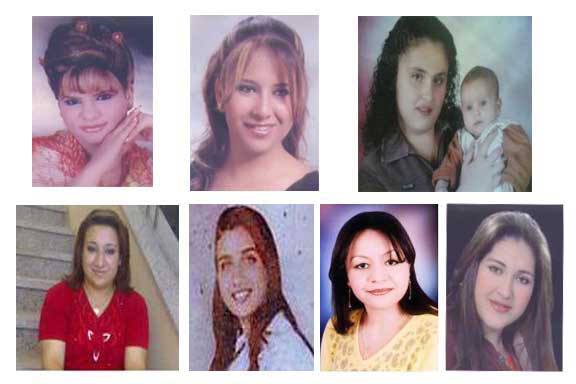 The plight of Coptic Christians in Egypt for many years has been covered by Metro Voice and other Christian news outlets for years but is ignored by almost all American media outlets.

A priest in the Minya Governorate told Coptic Solidarity at least 15 girls go missing every year in his area alone. His own daughter was nearly kidnapped had he not been able to intervene in time. Across the country it could be hundreds of women but many families are afraid to report them.

“Christian girls are often targeted by Muslim men in heavily Islamic countries like Egypt. Many are neighbors who charm impoverished Christian girls with kindness and gifts,” stated Gary Lane who has reported on the issue for the Christian Broadcasting Network. “Attracted by the good looks and kindness of young Muslim men, the girls are lured away from their families based on empty promises of wealth and successful life. Some are raped and culturally that brings shame to their families. They see conversion to Islam and marriage as their only way out.”

Lure of conversion tricks some women

Some girls are lured to Muslim men who say they want to convert to Christianity.

According to a former Egyptian trafficker, “one of the strategies they used to gain the girls’ trust was for the kidnapper, a Muslim man, to tell the Christian girl he loved her and wanted to convert to Christianity for her. He explained that “They start a romantic relationship until, one day, they decide to ‘escape’ together. What the girls don’t know is that they are actually being kidnapped. Most of the time they will not marry their kidnapper, but someone else.”

READ: Why Christian women are the most persecuted group in the world

The same trafficker shared another story. “I remember a Coptic Christian girl from a rich, well-known family in Minya. She was kidnapped by five Muslim men. They held her in a house, stripped her and filmed her naked. In the video, one of them also undressed. They threatened to make the video public if the girl wouldn’t marry him.”

The report also addresses the Egyptian government’s lack of action and counters the government’s blanket excuse not to scrutinize, for example by claiming that the women left their families voluntarily as a reason not to investigate their cases further.

“Years ago I heard the story of an impoverished Christian girl who possessed just one dress to wear. Each day, she ate only one meal of rice and vegetables. One day, a handsome, young Muslim man gifted her with a dress and took her on a date for a meal at Kentucky Fried Chicken. He kidnapped the girl and she never returned to her family,” Lane noted. 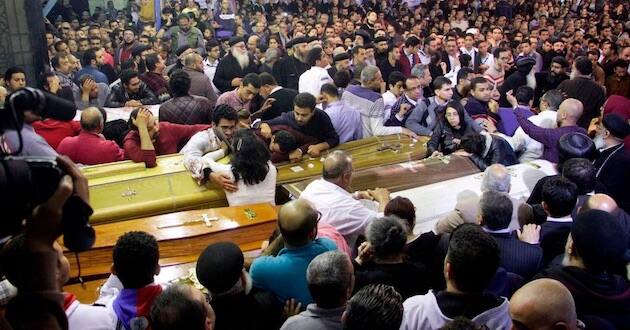 Attacks on Coptic Christians in Egypt are common. On April 9, 2017, Palm Sunday, two Christian churches in Egypt were bombed during mass; at least 50 worshippers were killed. Pictured: Local Christians at the late-night funeral of the victims of the attack on Mar Girgis Coptic Orthodox Church in Tanta, 120 kilometers north of Cairo, on April 9, 2017. (Photo by Stringer/AFP via Getty Images)

The rampant trafficking of Christian women and girls is a direct violation of their most basic rights to safety, freedom of movement, and freedom of conscience and belief the report states. “The crimes committed against these women must be urgently addressed by the Egyptian government, ending impunity for kidnappers, their accomplices, and police who refuse to perform their duties. Women who disappear and are never recovered must live an unimaginable nightmare.”

The large majority of these women are never reunited with their families or friends because police response in Egypt is dismissive and corrupt. There are countless families who report that police have either been complicit in the kidnapping or at the very least bribed into silence. If there is any hope for Coptic women in Egypt to have a merely “primitive” level of equality, these incidents of trafficking must cease, and the perpetrators must be held accountable by the judiciary.

In another case a 15-year-old Coptic minor who was kidnapped on April 28, 2020 in the village of Bayad El Arab, Egypt. Yustina Magdy Attia’s mother is handicapped and relied on the help of Yustina at home. Her father filed police reports with the Beni Suef police station and appealed to several authorities about the disappearance of his daughter. About 20 days after her kidnapping, Yustina was returned to her family.

Pregnant Marina Sami Sahi, a 20-year-old married woman, was kidnapped on October 18, 2019. Marina was a resident of Gesr Al Suez of the Cairo Governorate. She was 5 months pregnant, and going to her doctor’s office at the time of her kidnapping. After her 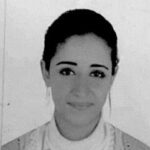 disappearance and notifying the police station, Marina’s father and husband went through all her letters and calls to search for any leads. They found that a young man, Ali Trukuller, had sent her threatening messages and reported their findings to the authorities. There have been no updates on the whereabouts of Marina.

Help is slow in coming

Lane confirms that the pattern of Egyptian authorities ignoring the plight of these Coptic Christian girls and their families.

“Christians receive little help from Muslim law enforcement authorities—especially in small villages in Upper Egypt,” he noted. “I met with the father of an abducted 15-year old. The poor Christian farm laborer discovered the identity of the kidnapper and his daughter’s whereabouts. The man went to the police station to report what he had learned and asked the chief to help him rescue his daughter. The police chief slapped the Christian farm laborer’s face and shouted, ‘Do you think I have nothing better to do than to search for your infidel daughter!'”

The Coptic Solidarity’s report was compiled using information from Egyptian media, the Coptic community and clergy in Egypt, and from family members of the women affected.  It will be submitted to United Nations agencies and the US Office for Trafficking in Persons.

Previous: Major Auschwitz exhibition coming to Kansas City in 2021
Next: ‘We could have a fine:’ Biden would mandate masks on federal property