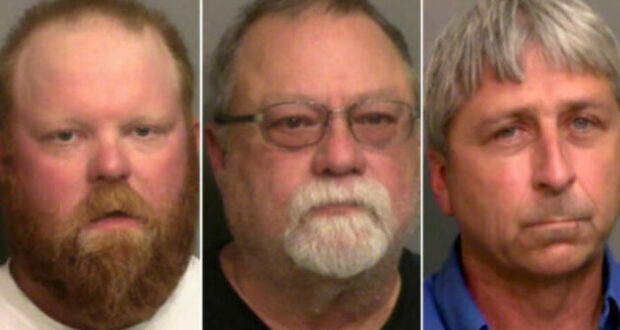 A jury on Monday heard closing arguments in the trial of three Georgia men charged in the death of 25-year-old Ahmaud Arbery.

After 10 days of witness testimony, prosecutors said during closing arguments on Monday that three men “assumed the worst” about a black man “running down the street” and attacked him in a five-minute pursuit through Satilla Shores, a coastal Georgia suburb, last year. 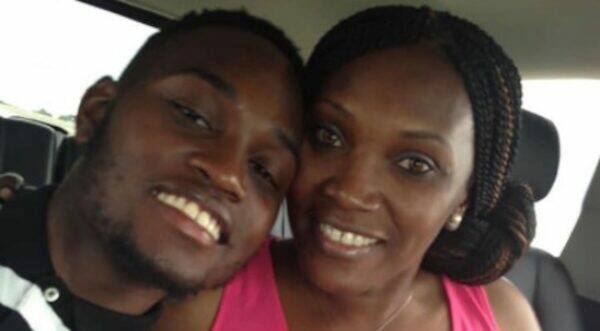 Ahmaud Arbery with his mother, Wanda Cooper, in an undated photograph. (Courtesy of S. Lee Merritt)

Dunikoski said the encounter with Arbery was initiated by the defendants, and so they couldn’t argue that they acted in self-defense.

That was a powerful statement in describing how Arbery was struck by a vehicle then fatally shot on a residential street on Feb. 23 last year as he jogged through the small Georgia neighborhood. The three men, father and son, Gregory McMichael, 64, and Travis McMichael, 34, were arrested in connection with his death after video footage of the incident emerged on May 5, 2020. They were charged with murder and aggravated assault on May 7 last year in the fatal shooting of Arbery.

The individual who captured the 36-second mobile footage of the violent encounter, 50-year-old William “Roddie” Bryan Jr., was arrested on charges of felony murder and criminal attempt to commit false imprisonment on May 21.

The footage, which was captured from a vehicle near the scene, showed the father, a former county police officer, confronting Arbery. Shortly afterward, his son shot Arbery, the video showed.

The three men have pleaded not guilty to murder, aggravated assault, and false imprisonment, saying they did nothing wrong in jumping into pickup trucks to chase Arbery. The case is a clear contrast to that of Kyle Rittenhouse who was found innocent last week for shooting three felons who chased and threatened him during a riot in Wisconsin. Rittenhouse was found to be acting in self defense as one of those shot was pointing a gun at him.

In the Georgia case, the shooter initiated contact and chased Arbery before killing him.

McMichael’s lawyer, Laura Hogue, has been widely criticized for her comments which included painting Arbery as a frightening burglar with “long dirty toenails,” using a description from the autopsy report.

Arbery’s mother, Wanda Cooper-Jones, exclaimed “wow,” before quickly getting up from her seat and leaving the courtroom briefly after that remark.

The only defendant to take the stand, the younger McMichael, testified that he shot Arbery in self-defense, claiming that the 25-year-old had grabbed his weapon.

“There’s no question that Ahmaud’s hands are on this gun,” Jason Sheffield, one of McMichael’s lawyers, said in his closing argument. “You are allowed to defend yourself. You are allowed to use force that is likely to cause death or serious bodily injury if you believe it’s necessary. At that moment, Travis believed it is necessary.”

Prosecutors say that Arbery, realizing he was about to be shot, attempted to prevent it by wrestling the gun away from the defendant.

The prosecution’s rebuttal was pushed back to Tuesday when the jury is excepted to begin deliberations.