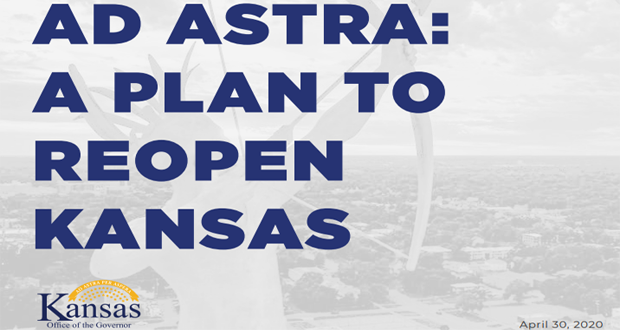 Kansas set to reopen in phases as some restrictions remain

Gov. Laura Kelly announced her plans on April 30 on how to reopen Kansas for business in phases, starting May 4.

At least some dine-in restaurants will be able to offer customers a seat — as long as they can keep groups of patrons six feet from each other.

Public gatherings remain limited to no more than 10 people. Churches can resume services, but they’ll face the same social distancing rules as operations like restaurants.

Many businesses will be allowed to reopen, but bars and nightclubs will be restricted to curbside and carryout services unless they make more money selling food than booze.

The state’s casinos will remain closed until Phase 2, as will theaters, museums and other indoor gathering spots. Gyms will also stay closed, along with community centers and entertainment venues for 2,000 or more people. 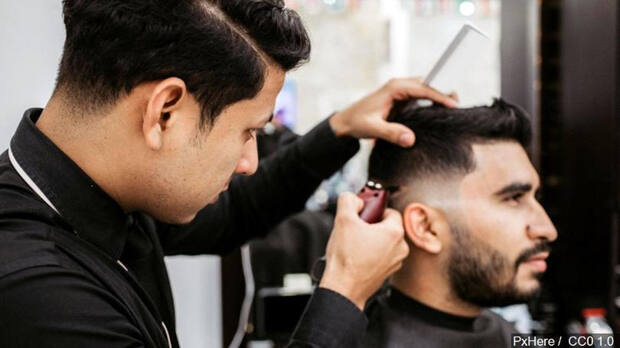 Kansans needing a haircut will have to wait a little longer. Barbers and hair salons cannot open until May 18. Same goes for nail salons.

And the effort to keep people six feet apart isn’t absolute. People should be able to pass each other at closer distances briefly, but Kelly’s plan would rule out situations where people are close together for more than 10 minutes.

Kansans are also now able to reschedule non-coronavirus medical care they’d postponed because of the outbreak.

“Our hospitals … are ready now to begin seeing non-COVID-related patients,” she said.

The second phase of the plan — set to start May 18 — would open casinos, and bars could let in half of their capacity. Community centers and gyms could also resume operations provided they enforce social distancing rules.

Gatherings would be allowed of up to 30 people in phase two.

The third phase is set to begin June 1, and would expand public gatherings to 90 people and allow all businesses, venues and activities to resume functions.

In this third phase, outdoor and indoor venues with capacity greater than 2,000 would be allowed to reopen. Fairs, parades, festivals, summer camps and graduation events would also be acceptable in the third phase. However, more than 90 people in one place continuously with no way to social distance themselves would seem to be restricted.

A complete lifting of statewide restrictions could happen by June 15 if all goes well.

Counties and cities can come up with their own rules, as long as they are not less stringent than the statewide rule. Shawnee county has decided to just go with the governor’s plan for now, saying that some stricter rules could come if things get worse.

Not so lucky are counties in the Kansas City area, where each county has their own ideas of what is a safe reopening procedure.

In Kansas City, Mo., the mayor has come up with some pretty strict rules, including requiring churches to keep list of all who attend. See our link to that story below.

Other local government entities have not yet announced their decisions yet. It’s a crazy mix of who’s in charge, who rules and who will enforce what. 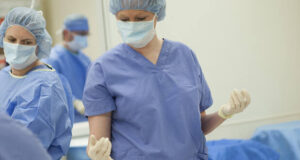