A Kansas City phased reopening guideline requiring churches to keep “lists” of attendees, has alarmed many who see it as an infringement on religious liberty and privacy.

In the policy issued by Mayor Quinton Lucas, houses of worship are treated with the same restrictions as “non-essential” businesses in terms of keeping records of who attends a service, or even anyone who enters the building.

“Never in our wildest dreams could we have imagined Nazi-like measures designed to surveil, track and spy upon what was once a free American people,” states Liberty Council, founder and Chairman Matt Staver, who didn’t mince words. “That is exactly what Kansas City’s misguided government officials are now demanding.”

The new policy states “In-person religious gatherings (including weddings and funerals) may resume, subject to the 10/10/10 rule (if held inside) or limited to 50 people outside, provided social distancing precautions are followed and event organizers maintain records of all attendees.” 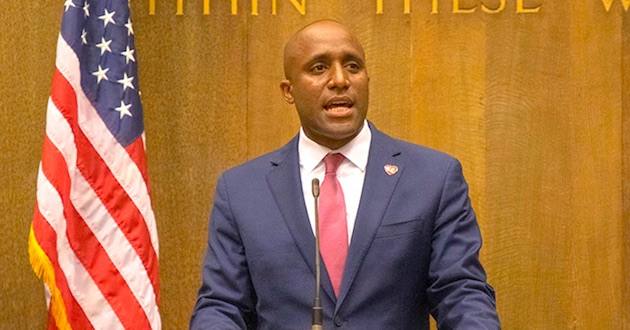 The 10/10/10 rule is based on 10 people or 10 percent of the allowable number prescribed in the fire code, but only for those who remain in the building for longer than 10 minutes.

But it is not the limit on people that has drawn the most concern, but the record keeping. The new rule requires all churches to “record the names, contact information, and approximate entry/exit time of all customers who are on premises for more than 10 minutes.” That includes churches, synagogues, and mosques along with businesses. Only medical facilities and grocery stores are exempt.

Rich Bott, President of the locally based Bott Radio Network with 113 stations in 13 states, says it’s a violation of longstanding guarantees in the Bill of Rights that protect religious activity from government oversight and control.

“This is outrageous on the part of the KC municipal government officials. They are treating churches the same as businesses for COVID contact tracing purposes,” Bott told the Metro Voice. “This is a massive overreach violating the sanctity of churches and the privacy of their attendees.  This must not go unchallenged.”

Liberty Council agrees that the policy, aimed at reopening the nation shut down from the coronavirus pandemic, goes too far and has ominous overtones from the darkest days of the past.

In a letter to supporters on Friday, Liberty Council’s Staver described the actions in Missouri’s largest city as “attacks.”

“These attacks on our churches cannot stand. The backbone of our country relies on our constitutionally guaranteed ability to worship and serve our Lord and Savior Jesus Christ,” Staver wrote.

Liberty Council also alleges that churches must turn over their “membership lists,” something that the City denies.

Hold on, says a spokesperson for the Mayor’s office, that’s not the entire picture of what is being required.

Metro Voice spoke with Morgan Said, director of communications for Mayor Lucas, who said that while houses of worship must make a list, they retain possession and control of the information unless a health emergency arises.

“We are not asking that churches provide a list immediately to the city,” Said emphasized. “Churches keep the list and only if a member tests positive, and that member attended a church function, would the church provide a list to the city.”

Said told Metro Voice that the church or other religious institution keeps the record for only 30 days, “Unless, God forbid, someone tests positive, the church can destroy the list.”

Said also referred to a clarification issued by the Mayor’s office that provided additional guidance for how many people can be in a church at one time.

“Churches must abide by the 10/10/10 rule just like businesses and other organizations,” stated Said. “Church capacity is determined by the structure’s fire code limits.”

That means a large church that seats 3,000 could potentially host a service of 300. A church of 300 could host 30 but those numbers also include the church staff.

Enforcement will also be a tricky dilemma for authorities.

The Kansas City restrictions come with punishment for violators and will be enforced by several departments.

The guidelines state that, “Violations of any provision of this Order constitutes an imminent threat, creates an immediate menace to public health, and shall be considered a violation of Section 50-155 of the City’s Code of Ordinances.”

The city states that it can fine churches, order them to suspend and assess other penalties – presumably jail time as it outlines that the police will also have authority to enforce the policy.

Arresting pastors and churchgoers could be a PR nightmare for Kansas City as it has become for other municipalities and states. The lawsuits are proof that there could be substantial pushback in Kansas City unless Mayor Lucas amends the policy in regards to houses of worship.

Liberty Council has lawsuits in several states against governors who, in their words, have “illegally and unconstitutionally fomented the arrests of pastors and launched attacks on the liberties of congregants.”

“I am running out of adjectives to describe how completely insane the tyrannical abuses launched by state governors and local officials against pastors and churches are becoming,” Staver with Liberty Council states. “It is as if these leaders never bothered to so much as glance at the Constitution they swore to uphold and defend. They seem to be governing from some make-believe, dystopian viewpoint.”

Previous: Chiefs’ offensive lineman now on frontlines of COVID-19 battle
Next: Kansas set to reopen in phases as some restrictions remain