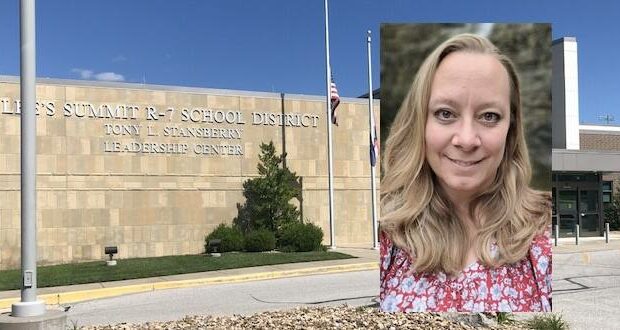 A Lee’s Summit mother has written a book addressing her concerns about her local school district. Kristin Grubbs, a mother of four, for the last 10 years has had at least one child in the Lee’s Summit R-7 District each year.

Like many parents, Grubbs became more interested in the dealings of her local school when the COVID-19 pandemic hit, “The Missouri Times” reports. Eventually, she became more active and attended most school board meetings in recent years. After she was unsatisfied with some of the school board’s decisions in the beginning of this year, she decided to look into even more of the school’s policies as well as the curriculum. This interest in her school district was the genesis for her book, “Deep End of Public Education.”

The book chronicles her journey of dealing with her children’s school district. In it, Grubbs takes a closer look at the policies implemented and their potential impact on students and the community alike, as well as where those policies came from. She also looks at some of the curricula in the district as well. She even read one of books assigned to teachers for professional development.

One of the chapters in Grubbs’ book deals with the R-7 the school board unanimously voting to retain a book in three high schools called All Boys Aren’t Blue by George M. Johnson. The book only came to light after a parent flagged it as having inappropriate content.

“I did find it to meet the legal definition for the state of Missouri as pornography for children and so I do believe that that particular book would be one of several that should not be in our school libraries yet it is being provided to children,” she says.

The book is a nonfiction memoir that describes sexual acts in graphic detail. Good Reads calls it “a primer for teens eager to be allies as well as a reassuring testimony for queer men of color.”

In 2021, when an Olathe School Board candidate posted images of the pages to his Facebook account to alert the community, Facebook removed the pages citing they were pornographic and went against community standards.

In addition to exposing what parents in the district call a woke agenda, Grubb’s book serves another purpose. According to Grubbs, teaches parents, or anyone for that matter, to analyze things themselves and think critically. Grubbs also talked about how the book not only helps others but herself as well. Writing the book was a journey in itself.

“What I found to be happening in my district was so disconcerting that I knew it had to be shared,” she said of its woke agenda. “It’s disappointing to learn that such things are going on in the district in which I grew up. In the end, organizing my research and creating this book to encourage parents and guide them in their research was therapeutic. I feel less like a bystander and more like an advocate now.”

In June, Attorney General Eric Schmitt opened an investigation into the use of student surveys at Lee’s Summit R-7 and six other districts.

“Subjecting students to personal, invasive surveys created by third-party consultants, potentially without parents’ consent, is ridiculous and does nothing to further our children’s education,” Schmitt said in a statement online.

The book is available on Amazon.