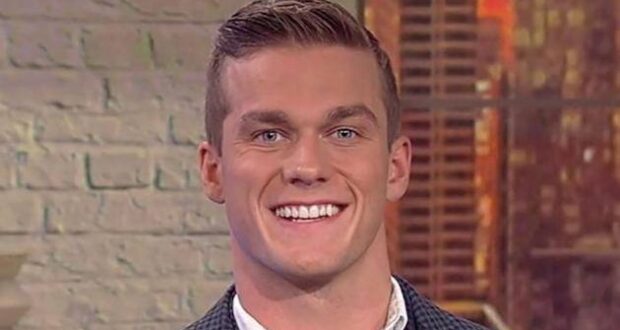 Madison Cawthorn recently made history when he became the youngest person elected to Congress since 1965. He also is well known for standing to recite the Pledge of Allegiance during his speech at the Republican National Convention, despite being confined to a wheelchair. 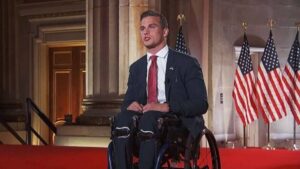 After winning his election, the first thing he did with family and friends was “bow our heads to give glory to God,” he said in a recent interview in “Jewish Insider.” He said Christianity serves as “the basis of all of my experience and everything I’ve learned,” adding, “The Lord and the Bible and the value systems I’ve gotten through Judeo-Christian values. It affects every single decision I make.”

Raised Baptist, Cawthorn, who now identifies as nondenominational, said he has read “just about every single religious work there is,” including the Quran and the Torah. In reading the former, he said he learned it’s a “very easy switch to make for a Muslim person to become Christian, because those who practice Islam already believe that [Jesus] was somewhat divine, and so all you have to do is just be like, ‘He wasn’t just a good man, he was a god, and now if you can submit to that, then you believe in Christ.’” He went on to say he has converted “several Muslims to Christ because of that.”

READ: These pro-life women are heading to Congress

Cawthorn said it has been a bit more difficult for him to successfully convince people practicing Judaism to come to faith in Jesus. The magazine asked him if he’s tried converting a Jewish person before, and he said: “I have, unsuccessfully. I have switched a lot of culturally Jewish people. But being a practicing Jew, like, people who are religious about it, they are very difficult. I’ve had a hard time connecting with them in that way.”