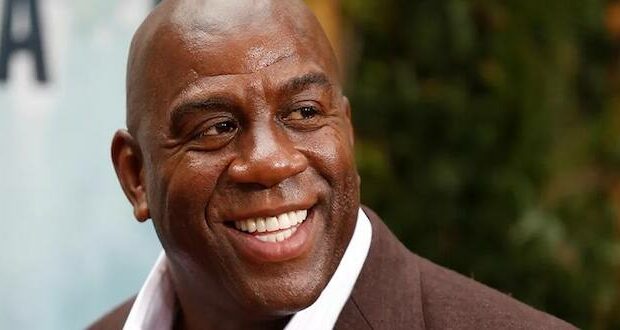 Former NBA star Magic Johnson of the Los Angeles Lakers was diagnosed as HIV-positive 30 years ago. He gave thanks to God as he celebrated that milestone.

“God has really blessed me,” Johnson wrote in a Twitter post. “Today marks 30 years living with HIV, so the message resonated with me in such a tremendous way. I thank the Lord for keeping me, giving me strength and guiding me for 62 years, but especially the last 30. Through it all I learned to trust in Jesus and I learned to trust in God!”.

DONATE: Support Metro Voice on Giving Tuesday or any day

In an interview with “CBS Mornings” co-host Gayle King, Johnson and his wife, Cookie, discussed what it was like to receive that diagnosis at a time when the only thing most people knew about HIV and AIDS was that it could be fatal. At the time, Johnson said he was under the impression that an HIV diagnosis was a death sentence. It left him devastated, he added, because he didn’t know what would lie ahead for him, his wife and their unborn child.

“You just sit there and say, ‘What does this mean? Am I going to die?'” Johnson told King. “I had to really learn a lot about the disease, HIV as well as AIDS. I had to make sure that I was open-minded enough to ask a lot of questions, go get a lot of information from different people.”

Over the past three decades, Magic Johnson has taken a cocktail of medications as part of his daily routine. He’s since reduced taking medication from three times to only once a day. Now, he said, the virus is undetectable, meaning the anti-retroviral treatment has reduced the HIV virus to such a low level that it’s not detectible by standard blood tests.