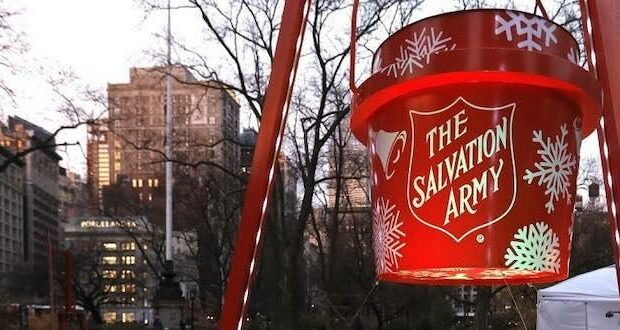 The Salvation Army has withdrawn its critical race theory prayer guide after nationwide criticism threatened the loss of millions in donations.

The controversial “Let’s Talk About … Racism” guide asked white donors, supporters, and volunteers to look for race instead of trying to be colorblind in every aspect of society and to deliver “sincere” apologies for their race and the past sins of the Church.

HELP: Metro Voice is an independent, locally-owned news outlet supported in part by donors like you.

While personal repentance is central to the Christian faith, many say that repentance for sins committed by others 200 years ago and for a “race” is not biblical. When donors and supporters across the country learned about the Marxist ideology deep inside the Salvation Army through the CRT language, thousands began suspending their support of the organization.

In one section of the guide it states “Stop trying to be ‘colorblind,'” then goes on to say “While this might sound helpful, it actually ignores the God-given differences we all possess, as well as the beautiful cultures of our Black and Brown brothers and sisters. Instead of trying to be colorblind, try seeing the beauty in our differences, and welcome them into your homes, churches and workplaces.”

Under the “resources” section, the guide lists books from authors such as Ibram X. Kendi and Robin DiAngelo.

The organization, however, said many of the claims were false and said in a statement titled “The Salvation Army’s Response to False Claims on the Topic of Racism,” that the purpose of the guide or workshops revolving around the guide were not meant to force people “how to think.” They did, however, withdraw the controversial document for “appropriate review.”

The 156-year-old Salvation Army is an iconic part of the Christmas season with bell ringers outside the entrance to thousands of locations across North America and England.  The funds support its many programs for at-risk individuals.

The CRT wording in its official training and prayer guides gave millions pause, wondering if it was still a spiritual organization or had been infiltrated by a “woke” culture that critics say is dividing the country along race lines instead of bringing races together under the Gospel.

Part of their statement reads: “The Salvation Army occasionally publishes internal study guides on various complex topics to help foster positive conversations and grace-filled reflection among Salvationists. By openly discussing these issues, we always hope to encourage the development of a more thoughtful organization that is better positioned to support those in need. But no one is being told how to think. Period.”

A few paragraphs later, it continues: “We have done our best to provide accurate information, but unfortunately, some have chosen to ignore those efforts. At the same time, International Headquarters realized that certain aspects of the guide may need to be clarified.

“Consequently, for both reasons, the International Social Justice Commission has now withdrawn the guide for appropriate review.”

Previous: Magic Johnson grateful to God as he marks 30 years of being HIV-positive
Next: Judge rules in favor of Missouri-led coalition of states to temporarily halt vaccine mandate