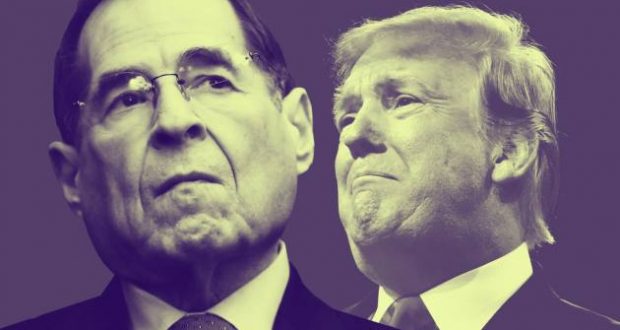 Despite new polling that shows the majority of Americans now against impeachment, Democrat leaders and members are full speed ahead on Wednesday. The new poll, released just hours before the Democratic-controlled House of Representatives was poised to impeach President Trump indicates that by a signifiticant 51-45 percent majority, Americans oppose removing the president from office.

In presidential races, that 6 percent margin is considered a landslide.

The Gallup poll also shows drop in support for impeachment from October, when the inquiry into Trump got underway. At that time, according to Gallup, Americans supported impeachment by a 52-46 margin. And the poll, which was conducted Dec. 2-15, indicates that the Republican incumbent’s approval rating has shot up dramatically up the past two months – from 39 percent in October to 45 percent now – as the House held blockbuster public hearings. Other polls show the president’s approval at over 50 percent.

The Gallup survey is one of seven national polls on impeachment that were conducted this month and released starting on Sunday. Some of the surveys indicate a slight deterioration in support for impeachment since October, with the others showing that support and opposition have remained mostly static.

While all the surveys indicate a deep partisan divide between Democrats and Republicans over impeachment, most of the polls suggest that a majority of independent voters oppose booting Trump from the White House.

Surveys from Quinnipiac University, Gallup, PBS/NPR/Marist, and USA Today/Suffolk University all point to a majority of independents opposed to impeaching and removing the president from office. Polls from Fox News and CNN indicate that independents are evenly divided.

The president faces two articles of impeachment – neither of which are outlined in the United States Constitution. First, that he abused the powers of his office and that he obstructed Congress as it investigated him. Political scientists say that while both are dubious, the obstruction article is the most curious as the Constitution lays out the remedy for that being the courts, not impeachment.

If passed, the Democrat impeachment vote will move the issue to a Senate trial.

Holding to a higher standard of proof, the  GOP-controlled Senate is expected to acquit Trump for lack of evidence.

Previous: Where does your state rank in Christmas spirit?
Next: Democrats impeach President but lose several members