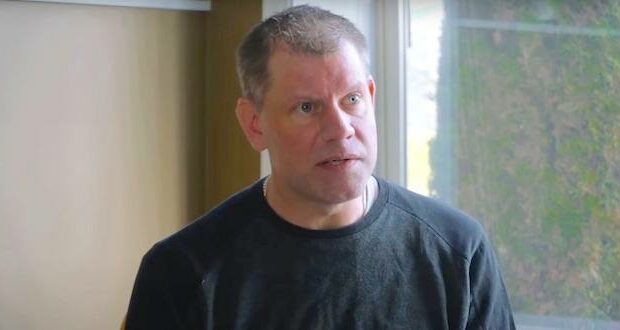 Man arrested for calling his biological female child his ‘daughter’

Canadian father Scott Hoogland was arrested and jailed this week for the crime of referring to his 14-year-old daughter as his “daughter.” That’s right. Because this concerned father referred to his daughter as female and used the gender pronouns “she” and “her” he violated a court order and now sits behind bars.

You say, “Obviously, there’s something missing from this story. Did he abduct her? Is she not really his daughter? What else happened?” He told his story on Youtube but the tech giant has now terminated his account.

In reality, the story is worse than you can imagine.

Several years ago, Robert (whom I met and with whom I discussed the situation) learned that his daughter’s school had been pushing her in the direction of male identity, claiming she suffered from the official psychological term “gender dysphoria.”

They even changed her name in the school yearbook without informing the parents, encouraging her to get hormones and to work towards sex-change surgery.

The girl’s mother sided with the daughter, but Robert opposed the decision. After all, she was a young teen and hardly capable of making such life-altering decisions.

The court sided with the daughter, forbidding her father from trying to impede her gender transition.

But that was only the beginning of the story. The court then forbade him from referring to his own daughter as “she.” Or using her real (and legal) female name. Or speaking of her as his “daughter.” If he dared to do so even in the privacy of their home – I am not making this up – he would be put in jail.

This is madness. This is something out of 1984. And it is something that many of us have stated plainly was coming to a city near you.

To Robert’s credit, and out of genuine love for his daughter, he continued to speak out publicly. And now, he has been imprisoned.

When Canada passed Bill C16, the so-called “anti-discrimination” gender identity legislation, Prof. Jordan Peterson raised his voice in protest (this was before he shot to international fame), warning that the enforced speech of the bill would lead to situations just like this. His concerns were dismissed as extreme.

“This could never happen, said those who called my stance against Bill C16 alarmist,” Peterson tweeted in response to Hoogland’s arrest, “I read the law and saw that it was, to the contrary, inevitable.”

I urge you to read Scott’s words below and to feel his pain for his daughter.

Speaking of the court ruling, he said, “They’ve created a delusion, and they’re forcing parents to live in this delusion.”

And he asked, “What happens when the bubble explodes and the delusion ends… She can never go back to being a girl in the healthy body she should have had… These kids don’t understand. What kind of 13 year old is thinking about having a family and kids?”

And then this: “What kind of father would I be if, in ten years time she’s detransitioning, and she asks me ‘why didn’t you do anything to stop this? None of you stuck your neck out for me back then.’”

He will be able to say that he tried his very hardest, to the point of sacrificing his freedom. Scott shared his heart on this video before turning himself for arrest.

People might read this and say, “But that was Canada. That could never happen here in America.”

There is no reason why things like this could not happen in America given the direction the country is going.

In 2018, an Ohio judge “gave custody of a transgender teen to his grandparents rather than his parents, allowing them to make medical decisions regarding his transition.

The parents didn’t want the 17-year-old who identifies as male, “to undergo hormone treatment and refused to call him by his chosen name, triggering suicidal feelings, according to court testimony. The parents wanted custody in order to make medical decisions for the teen and prohibit the treatment that his medical team had recommended.”

As for freedom of speech, on Thursday, a street preacher who was speaking outside of a Drag Queen Story Hour, where these men read to toddlers, was threatened with arrest by a local officer. And what was his alleged crime? His speech might offend others. He was even told that saying that certain people were going to hell could be deemed offensive since “hell” could be considered a swear word. Watch the clip below.

This is why we must speak out against this madness and work together to stop the child abuse. And that’s why people like Scott Newgent, a biological female who now lives as a male and is anything but a fundamentalist Christian, have called for a broad coalition of people of conscience to work against children “transitioning.”

Do we, then, sit idly by while children’s lives are being destroyed? Do we remain silent while a father sits in jail for fighting for the wellbeing of his daughter?

Certainly not. The least we can do is raise awareness and raise our voices.

I will always grieve over the pain that has been experienced by those who identify as transgender. But I will not collaborate with child abuse.

This is madness. This must stop.

Previous: Consider the Cross: Stories from Arab and Persian viewers of Christian television
Next: World Water Day highlights crisis few are talking about 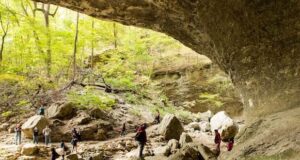 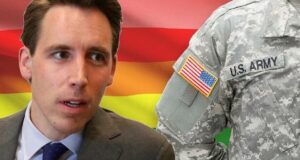 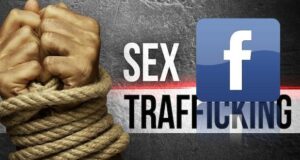 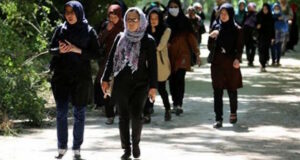