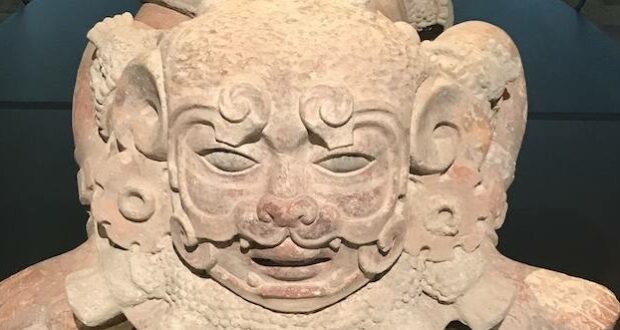 Families looking for something both fun and educational to do this fall may want to check out the latest exhibit at Union Station in Kansas City. After an unexpected delay, Maya the Exhibition: The Great Jaguar Rises is now open.

Metro Voice had a unique opportunity for a private tour and interview with the exhibit’s owner and founder.

The exhibit opens a window on a fascinating – and often misunderstood – culture. “What you see here is a little example of the living Maya in Guatemala,” Fernando Paiz, president of the La Ruta Maya Conservation Foundation in Guatemala, told the Metro Voice. The organization owns the artifacts on display. 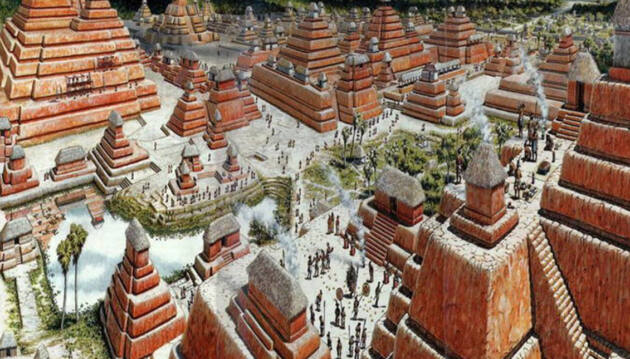 “If you go to Guatemala, you will see what you see here,” he said. “The Mayan artifacts are giving us new respect for that culture, because it was the most advanced culture in the world at the time it existed. We didn’t understand that before. The new knowledge of archaeology has shown us that this culture was advanced in so many ways that we didn’t understand before.”

The more than 300 objects on display include: 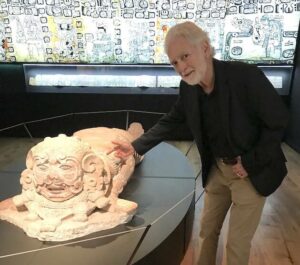 People often are surprised to learn that the Mayan civilization continues to flourish today, although in smaller numbers than at its peak.

“People ask why the Mayans disappeared,” Paiz said. “The Mayan sites were abandoned, and the jungle covered them up. It’s a mystery what happened. There are several theories, and some of them are environmental. The population got to be huge. There are estimates that the Mayan population was 15 million people. That is by far bigger than any city in the rest of the world.”

Many believe that war, corrupt government and an extended period of drought led to its fall. The culture was already in an advanced state of decline 600 years later when Spanish explorers arrived.

Unknown to the explorers, who had a natural immunity, they brought a deadly disease. It ran rampant through the Mayan population.

The Spanish were “resistant to smallpox and measles, and they got the Maya population so sick that some of the cities lost 80 percent of their population. When people saw others getting sick, they packed up and left, but they took the virus with them.”

The consumption of chocolate originated with the Mayans, as well as other concepts often taken for granted.

“They were the first to use the number zero,” he said. “They could multiply very large numbers. The Mayans had a fantastic numbering system, a fantastic calendar and they made the most incredible waterworks. Every plaza has a 5-degree angle, because they collected the water and provided their people with clean water. This is a very intelligent people. Today there is still respect for their culture.”

However, one legend attributed to the Mayans is simply a myth.

“Many years ago, there was a story that the Maya predicted the end of the world,” Paiz said. “That is completely wrong and is a misreading of Mayan documents. Because of their numbering system and their calendar, they could speak of dates thousands of years in the past and thousands of years in the future, but they never predicted the end of the world.”

The world may not be ending anytime soon, at least not according to Mayan myth, but the show will be at Union Station only until the end of 2022. Ticket prices are $14 for Union Station members, $19.50 for non-members and $14.50 for children ages 3 through 12. For more information, visit www.unionstation.org.

Do you enjoy stories about local events and exhibits? Support Metro Voice with a small monthly donation.

Previous: McDonald’s to reopen in Ukraine but some locations destroyed
Next: Republicans work for more family support as Democrats push for abortion