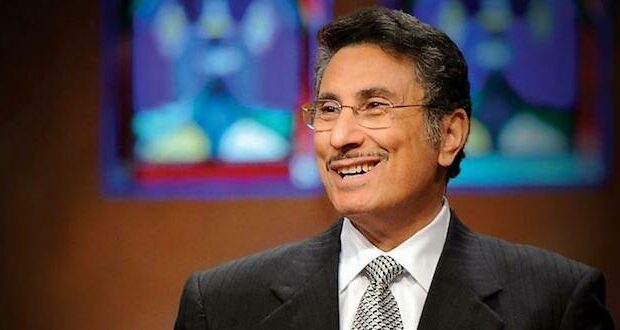 As deconstruction, liberal theology and “woke” doctrine continue to invade the church, Michael Youssef, pastor of the Church of the Apostles in Atlanta, Georgia, is on a mission to instill truth in the next generation of Christian leaders.

“The Apostle Paul tells us we’re going to see young people fall by the wayside, but don’t give up on the Gospel, don’t compromise on the truth,” the 73-year-old Egyptian-American pastor shared with The Christian Post.

“We’re seeing deconstruction, pastors watering down the Gospel, and other things going on. I realized this is a time for me, at the age of 73, to leave a legacy to the younger generation of pastors. And it’s not really my legacy; it’s the Word of God, it’s the Apostle Paul’s legacy. But I needed to expand it, give illustrations and stories from my own personal life, to urge the next generation leaders to never give up, don’t compromise, don’t turn your back on the cross and Christ.”

It was out of this urgency that Youssef, who has authored over 40 books and whose programs are broadcast in 26 languages worldwide, penned his latest book, Never Give Up: Holding Fast to Biblical Truth in Times of Danger and Despair.

In it, Youssef draws lessons from the life and teachings of the Apostle Paul to encourage readers to stand firm for the Gospel. He also tells stories from his own life to highlight the importance of having conviction and resilience in challenging times.

The televangelist, who spent the first 18 years of his life through the ’50s and ’60s living in Egypt before escaping to the United States, reflected on the numerous public leaders who have “deconstructed” in recent years.

He said that a common theme among those who deconstruct is many of them were never taught the Gospel in its entirety; either they were presented with an overly-legalistic interpretation of Scripture or a watered-down version.

“As I look at some of the backgrounds, many of them grew up in very legalistic homes and churches, where they grew up with the list of the do’s and the don’ts and never really understood the grace of God and what it means to be overwhelmed with His grace,” he said.

Conversely, he said he’s concerned about professing Christian parents who, in efforts to seem loving, compromise on biblical truth and avoid biblical morality.

“They think, ‘If I just soften the message a bit, be sensitive on the topic of homosexuality,’ and give the impression that it’s OK instead of speaking the truth in love,” he said. “And this is a very delicate formula. Many people kind of go one way or the other.”

As many churches are capitulating to woke theology in an effort to seem inclusive and “seeker-friendly,” Youssef stressed the need for pastors to draw distinct lines between biblical and unbiblical behavior.

“If a person is deliberate in turning their back on Christ, he or she should not be in ministry,” he said. “We can continue to love them, we continue to reach out to them, we’ll continue to care for them because that’s the call of God in our lives is to love everybody and to love sinners. We were loved by God while we yet sinners.”

“But,” he continued, “if a person says, ‘I don’t believe that Jesus is Lord,’ then you really need to get out of the ministry. If someone says, ‘I’m living in sin, any sin, and I’m not ready to repent,’ Well, you can’t join the church. You can’t be a member. You are welcome to come in every Sunday, but you cannot be a member.”

The pastor acknowledged that it can be difficult to discern when a pastor is a false teacher who promotes a watered-down theology versus a biblically-sound one who holds to the ancient truths found in the Scriptures.

He encouraged churchgoers to ask, “Do they lift up Jesus and the cross of Christ as the only hope for salvation, eternal life, and calling men to repent and women to repent of their sins and turn to the Lord? Or do they simply preach affirmations?”

The message of the Gospel — that people are desperately sinful and must repent to receive eternal life — is one “desperately needed today,” yet is getting “smothered” as pastors seek to become accepted and the secular world seeks to silence the truth.

“We’re seeing these lobbying groups trying to manipulate Christians, and say, ‘Well, if you’re really loving, you must love me with my sin, and you’ll even love my sin. And if you don’t, then you’re not really a loving person,’” he contended. “That’s manipulation. We’re not going to fall for it.”

Serving as a pastor or a church leader is a serious calling, and not one to be taken lightly, Youssef emphasized. The pastor shared that in his own life, he was called into the ministry “kicking and screaming,” but felt undeniably called by God.

“We have faced horrendous times, all kinds of turbulent times,” he said. “Every time I am in difficult times, I say to the Lord, ‘This was not my idea. I did not want to start a church; you dragged me into Him. Therefore, it’s Your church, You take care of it.’ And, God will take care of the problem.”

He added, “Having a call of God and being absolutely convinced of that call is a must; otherwise, don’t do it. If you just think, ‘Well, it’s a good thing to do. I like to help people I like to teach,’ or whatever other reasons, do not enter the ministry. You have to be called of God.”

Though it’s easy to succumb to hand-wringing in light of the issues swirling in culture, Youssef offered the reminder that the Church has endured trials for thousands of years, yet God always remains faithful. Still, he said, conviction is needed and service is required on the part of the Church.

“The reason I wrote this book is that you realize this is not new to us; this has been going on in the Church for 2,000 years. And the disciples of Christ faced far worse than what we’re facing. Yet, they never gave up, never surrendered,” he said.

Though he receives criticism for his biblical views on many issues, Youssef said he takes comfort in the promises found in John 16:33: “I have told you these things, so that in me you may have peace. In this world, you will have trouble. But take heart! I have overcome the world.”

“I once heard a persecuted Indonesian pastor say, ‘If Christ is not worth dying for then he’s not worth living for,'” he said. “So take it all the way to the bottom: What can they do to me? Kill me? Great. I go to Heaven. That’s the mentality people need to have instead of saying, ‘Oh no, look what’s happening.’ We just need the bod

– Leah M. Klett is a reporter for The Christian Post. She can be reached at: leah.klett@christianpost.com. Used with permission.

Previous: Why are leading scientists rethinking the theory of evolution?
Next: Overdiagnosis of ADHD is especially rampant among white children