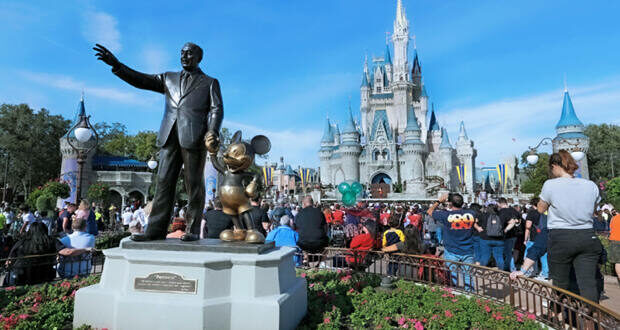 The move to strip Disney of its special copyright protections is growing more likely. Missouri Sen. Josh Hawley is finding growing support among fellow legislators and the public for his legislation. The effort comes as Disney announced it is launching an LGBTQ clothing line for children.

“The age of Republican handouts to big business is over,” Hawley said in a statement introducing his bill in the U.S. Senate, according to Yahoo. “Thanks to special copyright protections from Congress, woke corporations like Disney have earned billions while increasingly pandering to woke activists. It’s time to take away Disney’s special privileges and open up a new era of creativity and innovation.”

Congress has used an old law, also known as the “Mickey Mouse Protection Act,” to arbitrarily extend copyrights to corporations for up to 120 years. 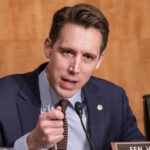 Hawley’s proposal would allow current copyrights of 95 years to remain on the books, but the proposal singles out a new 56-year limit to apply retroactively to any company with a market capitalization of more than $150 billion. That would apply to at least four companies: Apple, Walt Disney, Comcast and Netflix, according to the investment website Investopedia. Disney has held copyrights to the Mickey Mouse Steamboat Willie character since 1928, decades before Apple (1976), Comcast (1963) and Netflix (1997) were incorporated. The copyrights are seen as favoring those companies at the expense of others in the market.

Several political commentators called the move the opening round of a Ron DeSantis-Hawley match up for the GOP presidential nomination if former President Donald Trump chooses not to run. DeSantis had moved against Disney in April after the company’s CEO criticized his education initiative. DeSantis’s office said the governor does not weigh in on federal proposals “early in the legislative process.” Disney officials have not made any public comments about any legislation directed against the company. Hawley has not said he intends to run.

Gregory Magarian, a professor at Washington University in St. Louis, claims Hawley’s bill as an attempt to “prove he hates the First Amendment and LGBTQ Americans as much as DeSantis.” Magarian views Hawley’s proposal as a response to DeSantis pushing for SB 4, the bill signed into law that repeals Disney’s special district. It does not go into effect next June.

Nearly two dozen Republican lawmakers wrote to Disney CEO Bob Chapek last month, declaring their opposition to renewing the company’s copyright on Mickey Mouse, which is set to expire in 2024.

The lawmakers noted in their letter that “the Constitution gives Congress the authority to determine the length of time to protect copyrights. Further, it explicitly states that copyrights may not be permanent. Yet Disney’s long history of lobbying on this issue suggests that is its goal.”

Previous: Suspects arrested in sex trafficking of girl kidnapped at Mavericks game
Next: Where does your state come in for a love of reading?