Home / Entertainment / Books / Where does your state come in for a love of reading? 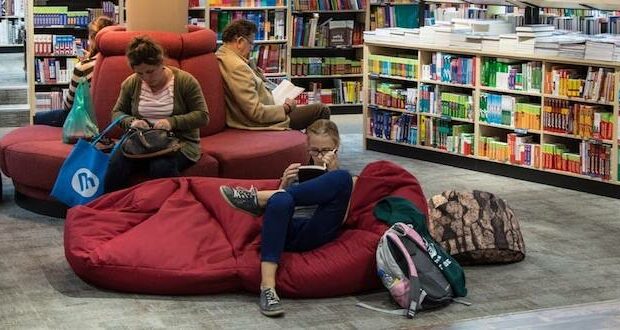 New research is revealing which states have the highest love for reading. The data comes at a time when some feared reading was on the decline as the public seemingly spent more time on social media that enjoying a good book or magazine.

The study analyzed several factors in each state  including number of libraries and library visits per capita, Google search volumes for Kindles, and the number of bookstores, to reveal the state with the highest “Reading Interest Score.”

READ: Andrew Carnegie and the growth of libraries below

Vermont topped the charts with a “Reading Interest Score” of 37.24. The state has the highest library availability at 164. That means there’s one library per every 3,819 residents. Residents make the country’s second-highest number of annual library visits, recording 5.89 visits per capita, while the state’s level of searches for “Kindle” are also higher. There are also four bookstores for every hundred thousand people in the state, also the second-highest in America. 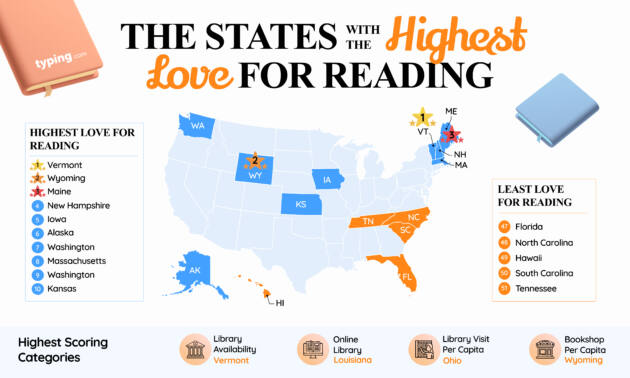 Kansas on the other hand has a respectable reading score of 24.21 and ranked 1oth in the survey. While the bookstore score was only 3.2 per 100,000 people, Kansas had a library visit score of 9.07–one of the highest in the country. Kansas’ fewer libraries prevented it from coming in higher.

The study was conducted by online typing tutor Typing.com. “It’s fascinating to see how factors like library access and number of bookstores vary across the country, and how this can impact on people’s interest in books and reading more generally,” a spokesperson from Typing.com said. “The states at the top of the list all have good access to libraries, and also take advantage of that to make regular visits.”

In second place is Wyoming, with a score of 30.68. The highest bookstore per capita ratio was from the rate of five bookstores for every hundred thousand people. Kindle searches are slightly higher than the national average, with brick-and-mortar libraries recording 5.41 visits per capita. There are 76 public libraries in the state, which equates to a library for every 7,602, putting it in the top ten for library availability.

With a “Reading Interest Score” of 29.18, Maine sits third. It is among the top ten states with a high library visit per capita of 5.44; there are 232 libraries in the state offering a library for every 5,769 people. There are close to three bookstores for every hundred thousand people – above the national average of 2.1 per 100,000.

New Hampshire comes in fourth with a score of 28.75. The state’s residents record five library visits per capita each year, and there is a library for every 6,002 people. There are three bookstores available to every hundred thousand residents in the state.

The research was carried out by Typing.com which provides free online typing courses, and educational tools for students and professionals worldwide.

The research is good news for society. Even those states that scored low, still have a majority of residents who value reading. For many states, they have a well-known name connected to libraries to thank for their love of books. 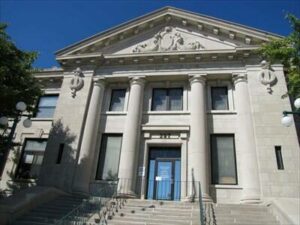 The Carnegie Library in Springfield, Mo.

While libraries have been around since the founding of the nation, their popularity exploded in the late 19th and early 20th Centuries. That’s when Pittsburgh steel magnate Andrew Carnegie donated money to put one in towns across the land.

A native of Scotland, who came to the United States as a young boy with limited means, Carnegie had been an avid reader of the Scottish poet Robert Burns and other writers. As a result, he wanted others to enjoy the pleasures of reading as well.

So Carnegie, a powerful Republican, gave away what would be $1.6 billion in today’s money to build 1,689 libraries in the United States. The first ones were built in the Pittsburgh area but soon spread out across the plains, deserts, mountains and coasts.

He generally gave $2 per resident for the structures. He did not stipulate that each library be named for him, but he did ask that local officials set aside enough money for regular upkeep.

The architecture of the buildings are so iconic, they are preserved to this day. Many have been moved when development threatened them. Taxes to support libraries continue to be the most supported according to surveys.

The love of reading across America today is due in part to Carnegie’s foresight and generosity. From Mexico, Missouri to Chattanooga, Tenn. and from Boston to California and most states in between, his legacy lives on, even in the results of the survey on the love of reading.