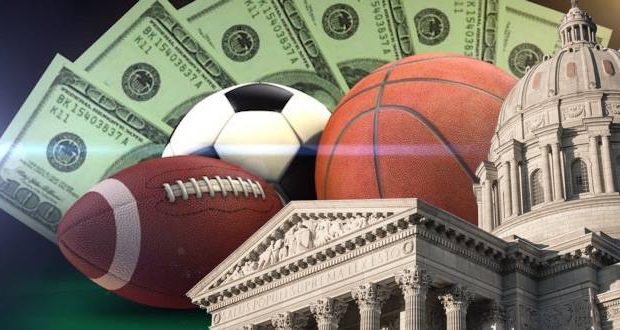 Companies that stand to gain the most from legal sports wagering in Missouri testified before the state legislature in Jefferson City last week.

Sports betting only at land-based facilities such as casinos would generate about $95 million in annual revenue, Chris Krafcik of Eilers and Krejcik Gaming of San Francisco told the House Special Interim Committee on Gaming, according to Missourinet.

“The second assumes that Missouri allows sports betting at both land-based facilities and via mobile devices from anywhere within the state’s borders,” he said. “And in this scenario, Missouri’s legal sports betting industry would generate approximately $289 million in revenue.”

“Now you have a new crowd coming in that wants to watch football, and they want to bet on football and hang out in the sports book all day,” the company’s Ryan Soulz said. “And while they’re there, they are buying food and beverage.”

The committee heard about three hours of testimony, primarily from gaming executives. Committee Chairman Dan Shaul, a Republican from Imperial, said the executives were “in lockstep” in what they want in legalized sports betting. “They want to make sure that it’s easy to use, secure, fair for the consumer,” he said

At least 18 other states and the District of Columbia allow residents 21 and older to bet on collegiate and professional sports, according to the St. Louis Post-Dispatch. Representatives of Major League Baseball will travel to Jefferson City to testify before the committee on Nov. 7. The committee will submit its report to the full House by December, ahead of the 2020 session.

Newspapers have, for year, reported that sports gambling is about to be big business.