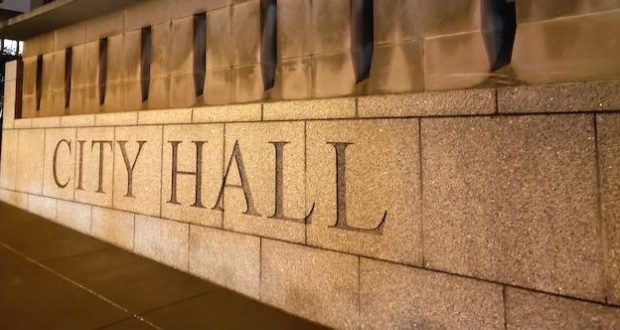 Just a week after a federal judge overturned a similar ban put in place by the city of Tampa, Fla., the Kansas City Council is considering a ban on conversion reparative therapy for minors.

“This is an attack on Christian therapists who help individuals who are sexually broken,” said Bev Ehlen, State Director of Concerned Women of America, “Even though it is written as just applying to minors, minors are some of the very individuals who need help navigating the doubts and thoughts they may develop through public education, the media and the culture in general. These bans are written from one side and do not consider the reputable and proven therapy that is available.”

Opponents plan to testify before the city council at 10:30 a.m. on Nov. 6 at City Hall, 414 E. 12th Street (This times has been updated since this article was first published).

“We also are gathering Christians who want to pray on the City Hall steps at 9:15 a.m. before the meeting,” said Amanda Smith of Desert Streams-Living Waters. “We would ask them all to go inside and be present as well, and when one of us testifies, we will ask all of them to stand. We want a big showing for this.”

According to Ehlen, the proposal reads in part:

“Whereas, all minors in Kansas City seeking therapy or treatment to assist them in understanding their individual development of gender identity or their sexual orientation should be free from exposure to the serious harms and risks caused by conversion therapy or reparative therapy.

“Conversion therapy shall not include counseling that provides support and assistance to a person undergoing gender transition or counseling that provides acceptance, support and understanding of a person or facilitates a person’s coping, social support, and development, including sexual orientation-neutral treatment interventions to prevent or address unlawful conduct or unsafe sexual practices, as long as such counseling does not seek to change sexual orientation or gender identity.

“It shall be unlawful for any provider to provide conversion therapy or reparative therapy to a minor, regardless of whether the provider receives compensation in exchange for such services.”

READ: When I was a woman, I wasn’t free, says man who had transitioned to female

The ordinance lays out the penalty stating: “Any person that violates any provision of this section shall be subject to the civil penalty prescribed in section 1-17 but in no instance shall a violation of this article be punishable by imprisonment.”

Ehlen said the ban is one-sided.

“There may be some therapists who have used horrendous techniques in therapy sessions,” she said. “Those individual therapists should be reported and ethics violations charges be brought against them. There are many legitimate therapists/ministries who provide excellent therapy, and there are many individuals who will testify to that fact. Minors need the therapy that best suits them as some of them deal with same sex attraction or questions about their gender. We need to have a choice. Just last week, a U.S. District Judge overturned the ban that Tampa had put in place.”

Ehlen believes there are other ways to address unethical therapists.

“There are steps that one should take to bring a charge on a therapist who is unethical in his/her practice,” she said.