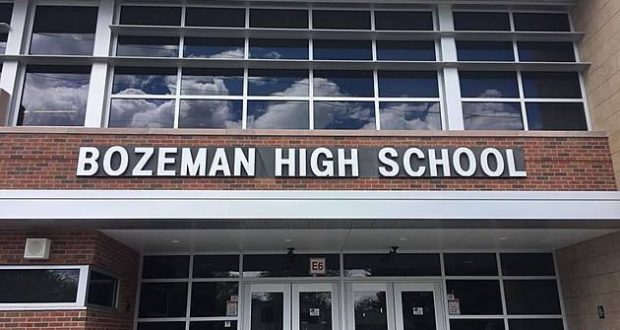 The fallout continues after a Montana high school last month banned Fellowship of Christian Athletes with a religious liberty group now stepping in to defend FCA.

Alliance Defending Freedom sent a letter Dec. 11 to Bozeman High School, threatening a lawsuit if the school does not reinstate FCA as a school-sponsored club by Wednesday, Dec. 18.

The school revoked FCA’s official status in November after several students raised concerns over the national organization’s stance on the definition of marriage. FCA’s statement of faith says “God instituted marriage between one man and one woman as the foundation of the family and the basic structure of human society.” FCA’s adult leaders are required to support the statement and a code of conduct that affirms a biblical definition of sexuality.

“Your actions violate federal law under the Equal Access Act and ignore 30-year Supreme Court precedent protecting the rights of religious student clubs to be treated equally with other student clubs,” the ADF letter says. “Refusing to recognize FCA as a school-sponsored club because of its religious mission and denying it the same privileges as other non-curricular clubs is illegal.”

The high school currently recognizes 34 clubs, including the Environmental Awareness Club, the Sexuality and Gender Alliance, the Human Rights Club and the Key Club. FCA, though, is not one of them after having been banned from the approved list.

Because of its unofficial status, the local FCA is prohibited from making schoolwide announcements or meeting on campus during non-instructional hours. Additionally, its flyers must bear a yellow sticker (which signifies that it is not school-sponsored).

The school gave the local FCA club two choices: distance itself from the national organization or no longer be considered an official club.

Said a parent who supported the girls, “These girls have no problem with a Christian club. They’re not anti-Christian or against kids having a safe place at school to share their faith together.”

ADF’s letter says the school is violating the Equal Access Act, a law that makes it unlawful for schools “to deny equal access or a fair opportunity to, or discriminate against, any students who wish to conduct a meeting within that limited open forum on the basis of the religious, political, philosophical, or other content of the speech at such meetings.”

“If a public secondary school allows only one ‘noncurriculum related student group’ to meet, the Act’s obligations are triggered and the school may not deny other clubs, on the basis of the content of their speech, equal access to meet on school premises during noninstructional time,” the 1990 decision said.

If the school refuses to reinstate the club’s official status, then “we will have no option but to advise our client of other avenues for vindicating their rights,” the letter says.

Previous: How to have happy, healthy holidays
Next: Kanye West debuts new opera, ‘Mary’ for Christmas