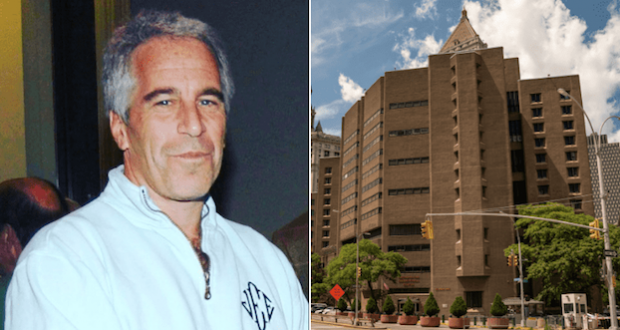 A mystery is unfolding around one of the two guards on duty at Jeffrey Epstein’s cell on the night of his death. The guard was not a regular correctional officer, according to reports.

A person familiar with operations at the detention center where Epstein was being held said that one of the two people guarding him before he was found dead was not a fully-trained correctional officer, the Associated Press reported.

The jail was previously renowned for its ability to hold notorious prisoners under extremely tight security.

It wasn’t clear what the substitute’s regular job was and why a full-trained officer was not given the responsibility for the nation’s most high profile prisoner at the time.

Epstein was found on early Aug. 10 unresponsive in his cell at the MCC and later died at a nearby hospital.

Shouting and shrieking was heard from the jail cell holding Jeffrey Epstein on Aug. 10, the morning he was found unresponsive, according to a new report.

CBS reported on Tuesday that guards rushed to the cell to attempt to revive the 66-year-old, saying, “Breathe, Epstein, breathe.”

While the media has reported it as a suicide, an autopsy completed late on Aug. 11 by the medical examiner wasn’t able to determine his official cause of death and says that a determination is still pending.

At the time of his death, Epstein was being held without bail and faced up to 45 years in prison on federal sex trafficking and conspiracy charges unsealed in July. According to court documents, Epstein sexually exploited and abused dozens of under-age girls at his homes in New York City and in Palm Beach, Florida, among other locations. 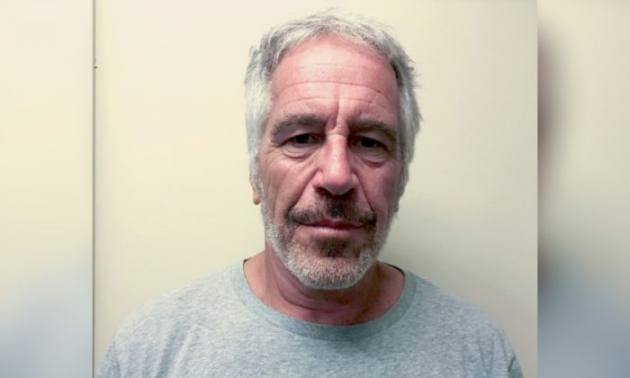 A day before Epstein’s apparent suicide, a federal appeals court released almost 2,000 pages of documents relating to Epstein and his former girlfriend, British socialite Ghislaine Maxwell. The records named powerful men who were allegedly involved in Epstein’s trafficking ring. The names include those of former President Bill Clinton and other top Democrats including former New Mexico Gov. Bill Richardson who also served as U.S. Ambassador to the United Nations and Energy Secretary in the Clinton administration, chairman of the 2004 Democratic National Convention, and chairman of the Democratic Governors Association. Other high-profile names include England’s Prince Andrew, a foreign president and another foreign “prince.”

Clinton, a long-time and close friend of Epstein, had taken more than 20 flights on Epstein’s private jet, with four of those to his secretive “sex island.”  Records show that Clinton abandoned his Secret Service security detail for those trips to the island – an extremely unusual and dangerous practice for a former president.

While media commentators try to draw a connection to President Trump, those who are familiar with the investigation say none exists. Trump, who at one point was in the same social circles as the billionaire, had kicked Epstein out of Mar-A-Lago after sexual harassment allegations were brought against Epstein some 20 years ago by female guests at the hotel. The two had not spoken since.

Trump, in a 15-plus year old interview, had also warned Democrats about Epstein’s activities and said they would pay a price for their cozy relationship with the financier. Even after Epstein served jail time previously, Democrats eventually continued to seek campaign donations from him and he continued to be close to both Clintons.

Epstein’s death cut short a prosecution that could have shed light on his activities and connections to influential figures. 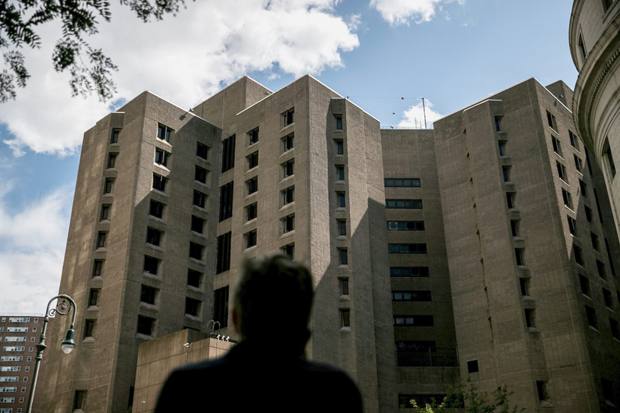 “I was appalled, and indeed, the whole department was, and frankly angry to learn of the MCC’s failure to adequately secure this prisoner.” Barr was speaking at a police conference in New Orleans.

“We are now learning of serious irregularities at this facility that are deeply concerning and demand a thorough investigation. The FBI and the office of inspector general are doing just that.”

Barr added, “We will get to the bottom of what happened, and there will be accountability.”

Barr did not say what those irregularities were, but the decision by officials at the Bureau of Prisons not to keep Epstein on a suicide watch has come under scrutiny.

Off Suicide Watch, Not Checked Upon Regularly Prior to Death

Epstein was meeting with his lawyers up to 12 hours a day before they requested he be taken off suicide watch, WSJ reported, citing sources close to the matter.

Epstein was reportedly found on July 24 injured and semi-conscious in his prison cell, with marks on his neck. It remains unknown whether the incident was a suicide attempt or an assault by another inmate. They placed Epstein on suicide watch after the reported injuries “as a precautionary measure.”

Epstein was strangely cleared from suicide watch around July 29 before being returned to the Special Housing Unit area of the jail. The move would have had to have been authorized by the facility’s suicide prevention program coordinator, who is usually the chief psychologist. The warden would also have to approve it, according to NBC News.

After he was taken off suicide watch, Epstein was held under “special observation status.” Guards were supposed to check on him every 30 minutes, the report said.

A source told WSJ that Epstein’s cellmate was transferred out of the cell just prior to the death and Epstein wasn’t being checked every 30 minutes in the hours leading up to his death. At the time, his cellmate had been transferred away and not quickly replaced, which is the jail’s protocol.

Barr vowed on Aug. 11 that the case would continue “against anyone who was complicit with Epstein … Any co-conspirators should not rest easy. The victims deserve justice, and they will get it,” he said.

Law enforcement officials told The New York Post on Aug. 11 that there is no surveillance footage of the apparent suicide. Unidentified people familiar with the setup told the newspaper that Cameras located in the Metropolitan Correctional Center’s 9 South Wing, the area where Epstein was housed, are pointed at areas outside the cells and not inside.

ABC News on the afternoon of Aug. 11 broadcast a video showing federal agents, including FBI and Customs and Border Protection, investigating on the grounds of Little Saint James, Jeffrey Epstein’s island home in the U.S. Virgin Islands. According to Reuters, There are FBI agents conducting enforcement operations in the U.S. Virgin Islands,” said FBI spokesman Guillermo Gonzalez, declining further comment. 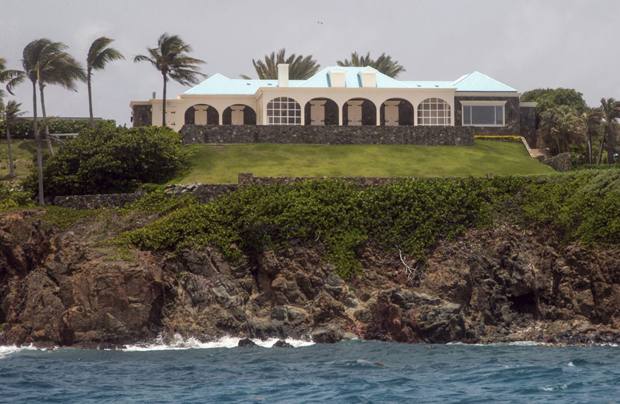 A structure on Little Saint James Island in the U. S. Virgin Islands. The island was then owned by Jeffrey Epstein, on July 9, 2019.  (AP Photo/Gianfranco Gaglione)

Previous: The habit you should start today if you want to be happy in your old age
Next: Teen Vogue using Snapchat to show kids how to get abortions