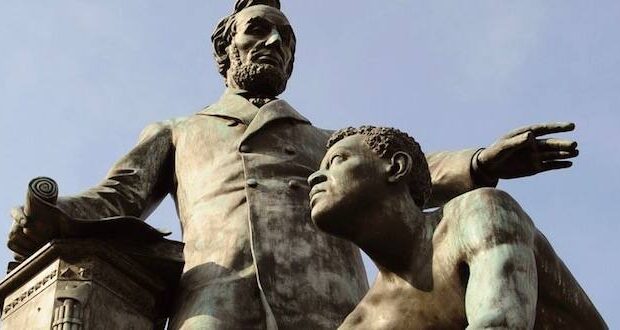 As a poll shows that a majority of Americans, including many blacks, are against removing statues, Black Lives Matter protesters are now targeting statues that honor the end of slavery. The Emancipation Monument in Washington DC could come down tonight after protesters threatened to destroy it. The statue, funded entirely by freed slaves and dedicated by former slave Frederick Douglas to honor Abraham Lincoln, has somehow run afoul of Black Lives Matter’s ideology.

National Park Police have surrounded the statue with fencing and are currently guarding the statue. This while House Speaker Nancy Pelosi says that the iconic Washington Monument and Jefferson Memorial will need to be “reviewed.”

The U.S. Marshals Service has reportedly been told to prepare to protect national monuments across the United States, including the Emancipation Monument, after President Donald Trump denounced the recent forceful toppling of several statues of American historical figures nationwide.

Marshals Service Assistant Director Andrew C. Smith said the service was “asked to immediately prepare to provide federal law enforcement support to protect national monuments (throughout the country),” according to an email obtained by the Washington Post.

“This is a challenging assignment due to the breadth of possible targets for criminal activity,” Smith wrote in the email directive.

It comes after the president, who has explicitly denounced the toppling of statues in recent weeks, warned that he would issue “a very strong executive order” to protect statues by the end of this week.

Memorials to Founding Fathers Thomas Jefferson and George Washington have been torn down by vandals during protests in recent weeks. Trump singled out the defacement of a statue of Mahatma Gandhi, a nonviolent Indian activist, and the takedown of a statue of Ulysses S. Grant, who played a major role in defeating the Confederacy during the Civil War. 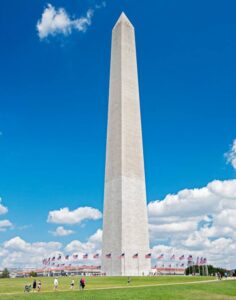 Democrats say they are “reviewing” the Washington Monument as protesters demand it be destroyed.

On Monday night, protestors attempted to topple a statue of former U.S. President Andrew Jackson near the White House before they were dispersed by police.

To coordinate the assignment, the U.S. Marshals Incident Management Team will set up a joint operations center in Virginia, Smith said. The email stated that all deputies in the Special Operations Group would be available for the assignment as soon as Thursday.

According to the news outlet, Smith asked several divisions and districts to identify individuals who may be able to assist with the assignment over the next two weeks.

President Trump on Tuesday announced that he has authorized the federal government to arrest any person who vandalizes or destroys a monument or other federal property.

The anarchists will face up to 10 years in prison, Trump said in a social media statement.

“This action is taken effective immediately, but may also be used retroactively for destruction or vandalism already caused. There will be no exceptions!” the president said.

Prosecutors can use the Veteran’s Memorial Preservation Act or other pertinent laws. The act, passed in 2003, says that people who willfully try or successfully injure or destroy any structure, plaque, statue, or other monument on public property commemorating service in the armed forces of the United States shall be fined, imprisoned up to 10 years, or both.