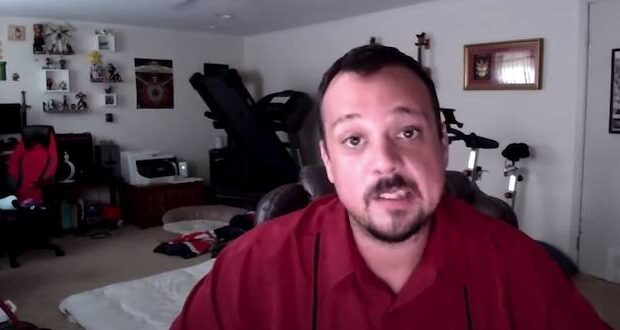 Jim is a "Republican"

Religion already is being used as a weapon in the presidential campaign, this time to encourage Christians to vote against President Donald Trump. A new commercial argues that the president’s rhetoric and actions are out of step with their faith.

The ad features several self-identified Republicans discussing Trump and his presidency as a piano softly plays the hymn “Amazing Grace” in the background. The speakers juxtapose Trump’s rhetoric and behavior alongside appeals to Christian teaching and Scripture.

“I was taught the principle that we should love our neighbors as ourselves,” an individual named Cheves, a Republican, said in the ad

The one-minute spot was produced by the secretive Republican Voters Against Trump, which is a project of the dark money- funded political action group Defending Democracy Together. Speakers in the ad reference a June 1 incident that took place outside the White House, when local and Park Police forcibly cleared demonstrators — who, the night before, had set fire to the historic church. Shortly after the demonstrators were expelled, Trump walked over to St. John’s and held up a Bible. Trump was criticized for the police clearing the area but media reports failed to report that the police are independent from the Trump administration and regularly are employed to control crowds in Washington.

“The moment that he held up that Bible, he revealed this president is using us,” a man only identified as Pat and a Republican, said in the ad. As Pat speaks, images of Trump holding Bibles and racists marching in Charlottesville, Va., in 2017 flash across the screen. “Christians have to resist being used to justify things that Jesus would never justify,” Pat said.

In another commercial, Jim, who appears to be living in a one-room basement apartment with a sleeping bag on the floor, claims he voted for Trump and reads a script from his computer screen. The party has moved “too far to the right,” he states.

The messages appears to be aimed at creating a wedge between Trump and white evangelicals who still overwhelmingly support him. Recent polls have shown fluctuations in Trump’s evangelical Protestant base, with support for the president dropping as then rebounding several times during the last four months. Pundits, however, say that polling is unreliable as most Christians and conservatives are not likely to respond to polling questions because of retaliation as a result of the cancel culture. In addition, typical polls undercount conservatives and Republicans.

It is not the first time that religion was weaponized in a presidential election. Christians came under attack previously when President Obama stated that voters were “clinging to their guns and bibles.”