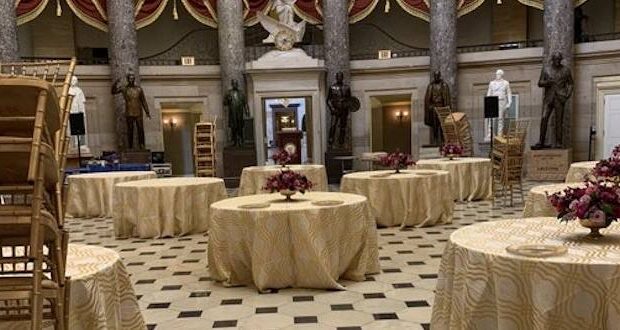 Democrat leaders Gavin Newsom and Nancy Pelosi are being called out for hypocrisy over COVID distancing restrictions they’ve put in place.

On Friday, Newsom, the Governor of California, apologized for joining in a private birthday dinner. He had previously told Californians to forget about gathering for Thanksgiving, limiting gatherings to just a few people.

“While our family followed the restaurant’s health protocols and took safety precautions, we should have modeled better behavior and not joined the dinner,” the Democrat said in a statement released by his office.

According to the San Francisco Chronicle, Newsom attended a dinner on Nov. 6 that included at least 12 people, among them his wife.

Uncharacteristically, the dinner had not been reported at the time but news spread as other restaurant-goers exposed what they called “hypocrisy” on the part of the governor.

A Newsom spokesman initially defended the dinner, saying it was outdoors. The office later issued the governor’s statement.

Previous guidelines required all gatherings to be held outside. Those were updated on Friday to permit indoor gatherings, with the three-household limit remaining in place.

The California GOP said in a statement that the governor “seems to be talking out of both sides of his mouth.”

In the nation’s capital, Democrats have been forced to change plans after viral social media criticism over their big indoor meal. A photograph showed tables arranged in the rotunda with little social distancing allowed for the number that would have been attending.

House Speaker Nancy Pelosi (D-Calif.) asserted to a reporter that the dinner would be safe, while it broke House rules.

“It’s very safe,” she said, adding that there was enhanced ventilation that the Capitol physician signed off.

After people from both sides of the aisle called the dinner a bad idea, Pelosi’s spokesman said the plans were changed.

“Our office strictly follows the guidance of the Office of Attending Physician, including for this dinner. To be a further model for the nation, this event has been modified to allow members-elect to pick up their meals to go in a socially-distanced manner,” Drew Hammill, the spokesman, wrote on social media. 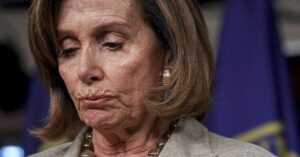 While the original plans attracted criticism, there were some defenders.

“Don’t see what the issue is here. Restaurants in D.C. are open,” former Rep. Carlos Curbelo (R-Fla.) wrote in a tweet.

Representatives- and senators-elect were in Washington to attend an orientation that includes information on hiring staff members and other matters they must attend to before and during the next Congress.

The controversies come as widespread testing across the nation is picking up more positive cases of COVID. While cases are growing, the death rate from the disease has fallen to a record low.

Some states are enforcing new distancing or lockdown rules.