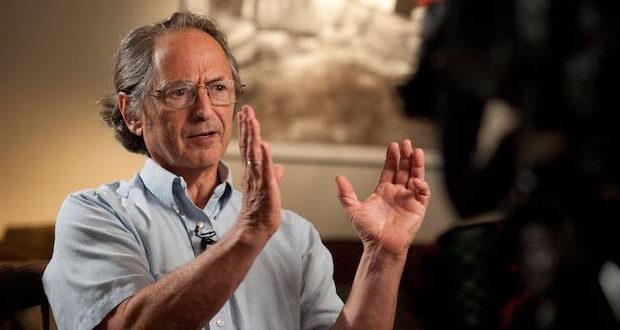 As local churches work to reopen, many people are questioning the value of the lockdown, which took a heavy toll on the economy.

A Nobel Prize-winning scientist, who correctly predicted in the early days of the pandemic that the initial models were overestimating how bad the outbreak would be, said he believes that the lockdown may end up costing more lives than it saved, and that the economic devastation from the lockdown will outweigh the lives that were lost, “The Daily Wire” reported.

Michael Levitt, a Stanford University professor who correctly predicted the initial trajectory of the pandemic, sent messages to Professor Neil Ferguson in March telling the influential government advisor he had over-estimated the potential death toll by “10 or 12 times.”

The Imperial College professor’s modelling, a major factor in the Government’s apparent abandoning of a so-called herd-immunity policy, was part of an unnecessary “panic virus” which spread among global political leaders, Prof Levitt now tells the Telegraph.

“I think lockdown saved no lives,” Levitt said, adding that social distancing measures, hygiene, and wearing masks should have been sufficient. “I think it may have cost lives. It will have saved a few road accident lives – things like that – but social damage – domestic abuse, divorces, alcoholism – has been extreme. And then you have those who were not treated for other conditions.”

“I think that the real virus was the panic virus,” Levitt continued. “For reasons that were not clear to me, I think the leaders panicked and the people panicked and I think there was a huge lack of discussion.”

“I think the lockdown will cause much more damage than the deaths saved,” Levitt added. “The problem with epidemiologists is that they feel their job is to frighten people into lockdown, social distancing. So you say, ‘there’s going to be a million deaths’ and when there are only 25,000 you say, ‘it’s good you listened to my advice’. This happened with Ebola and bird flu. It’s just part of the madness.”

Imperial College epidemiologist Professor Ferguson, who had claimed that 500,000 people in the U.K. would die without a lockdown, resigned in disgrace earlier this month after he was caught breaking the quarantine that he had advocated for to allegedly have an affair with a married woman.