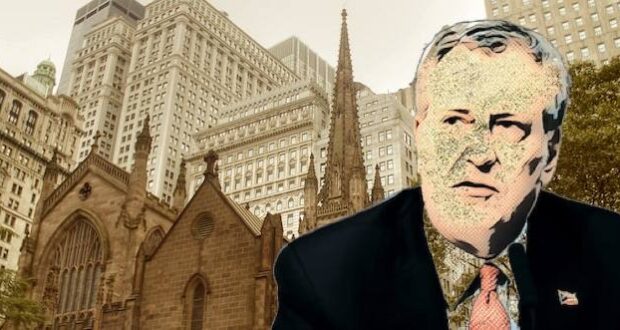 Easter weekend underscored the tensions between the authority of the government to quarantine citizens and constitutional rights of freedom of worship and assembly. U.S. Attorney General William Barr supports religious organizations and churches that many say are being unfairly singled out during the coronavirus outbreak.

“During this sacred week for many Americans, AG Barr is monitoring govt regulation of religious services,” Barr spokeswoman Kerry Kupec wrote on Twitter last night. “While social distancing policies are appropriate during this emergency, they must be applied evenhandedly & not single out religious orgs. Expect action from DOJ next week!”

While de Blasio’s comments were not carried widely in the national news media, they drew criticism from all quarters as a blatant attack on the United States Constitution.

“De Blasio’s incendiary & unconstitutional threat to permanently shut down churches and synagogues must be retracted or corrected if it was a misstatement,” Perkins, who previously had spoken out against churches holding worship services during the outbreak, wrote in a tweet. “This type of religious hostility is what fuels non-compliance, because it reveals a motive beyond public safety.”

“The First Amendment states that there should be no law that prohibits the free exercise of religion, and constitutional protections are unchanged by current circumstances,” Floyd, the former pastor of Cross Church in Arkansas and former SBC president, said in a statement to Fox News at the time.

In Hillsborough County, Fla., pastor Rodney Howard-Browne was arrested late last month for violating the state’s order banning large worship gatherings. Howard-Browne, the leader of Revival International Ministries and The River at Tampa Bay Church in Tampa, is being represented by Liberty Counsel.

“The fact is that churches, including our client The River Church of Tampa, Florida, can and are obeying safety guidelines … but the enemy wants our churches shut down,” Liberty Counsel Chairman Mat Staver said in a statement at the time.

Previous: Trump and Pence speak to 10,000 religious leaders
Next: Media cuts away from Trump coronavirus briefing when he shows clips of their previous reports