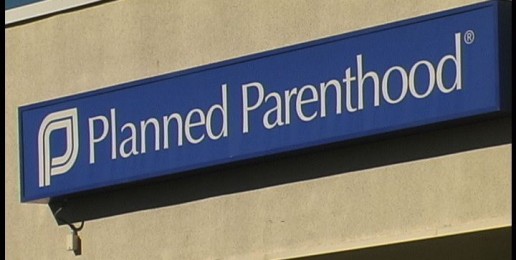 In a major setback for Planned Parenthood in Missouri, a judge has ruled that state restrictions were not “undue” burdens on women seeking abortions.

Current Missouri law requires that abortionists have hospital admitting privileges for patient emergencies and that abortion facilities meet the same basic health and safety standards as other ambulatory surgical centers. Planned Parenthood challenged the law, but Missouri won a victory when the U.S. Court of Appeals for the Eighth Circuit overturned an earlier ruling that blocked the state from enforcing the law.

The Columbia clinic has been unable to secure a physician with those privileges after a panel of medical staff at University of Missouri Health Care decided to stop offering the privileges in 2015 during a legislative investigation on abortion in the state.

A Planned Parenthood facility in Kansas City also lost its abortion clinic license last summer after struggling for months to find a new abortionist. Without one, the abortion facility was not able to complete its annual state inspection, a requirement for licensure.

US western district court judge Brian Wimes has ruled that the admitting privileges did not affect enough women to constitute an undue burden, the Columbia Missourian reports.

Wimes also wrote that requiring women to drive farther to obtain an abortion was not enough of a burden to rule in Planned Parenthood’s favor. The judge said the organization didn’t provide evidence of trying to find doctors with the necessary hospital privileges in Columbia, or evidence of fewer doctors, longer wait times and increased crowding at the St Louis clinic.

“Finally,” he continued, “the record does not provide a basis in evidence to approximate the number of women who will forego or postpone surgical abortion incidental to the inoperability of the Columbia facility.”

Samuel H. Lee of Campaign Life Missouri previously said the courts’ decisions will protect women and babies in the state. He thanked the state officials who have been working to enforce basic health and safety regulations.

“Because of the conscientious efforts of [then] Attorney General Josh Hawley [now a U.S. Senator] and Dr. Randall W. Williams, the director of the Missouri Department of Health and Senior Services, women in Missouri will no longer risk receiving substandard care from abortion facilities that fail to undertake even the most basic health and safety safeguards,” Lee said.

Williams, an experienced ob-gyn and director of the Missouri Department of Health and Senior Services, explained the importance of the health regulations to the court in 2018:

After surgical abortions, some complications will be immediate and will require emergency transfer to a hospital from the abortion facility for emergency care. Some complications, both immediate and delayed, will be life-threatening and require hospitalization and/or surgical procedures in a time-sensitive manner. Patient safety is most at risk at the time of complications. Having a physician who can follow the patient from the abortion facility to a nearby hospital where the physician has privileges and can provide the life-saving treatment commonly associated with the usual major complications or timely treatment of other complications is part of the responsibility a physician undertakes when he or she agrees to provide that patient’s elective care. …

When the physician performing the abortion has privileges at a nearby hospital, this provides continuity of care from that physician to whom the patient has entrusted her care, with whom she has an ongoing relationship, and who knows her best. The physician can accompany her to the hospital and be there for her with his or her expertise to immediately treat her complication.

In September, Missouri won a victory when the Eighth Circuit overturned a 2017 ruling which blocked the state from enforcing the law.

Brandon Hill, CEO and president of Planned Parenthood Great Plains, said in a statement on Monday that the state requirement for a physician with admitting privileges is “virtually identical” to a law struck down by the supreme court in 2016. He said the Columbia clinic hadn’t found a qualified physician because of “political pressure.”

Until the ruling, Planned Parenthood had plans to open abortion facilities in Joplin and Springfield, but it has not been able to meet licensing requirements at those locations either. 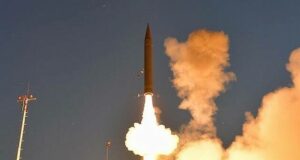