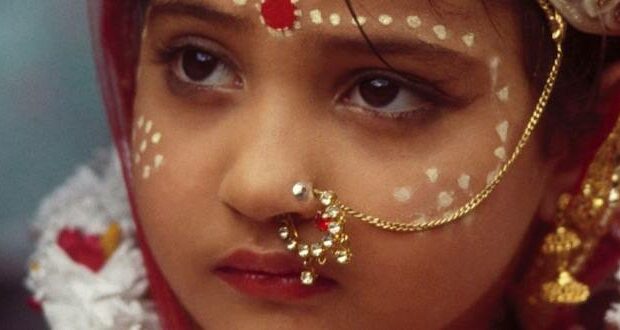 International aid agency, World Vision is calling for urgent action to prevent 110 million girls from being forced into child marriage by 2035.

Its new report ‘Fighting for a Future’ has tracked the opportunities of young girls in 40 low and middle-income countries, including the 20 with the highest rates of child marriage.

52 percent of girls in countries with the lowest opportunity levels will be forced into child marriage.

It predicts that 52 percent of girls in countries with the lowest opportunity levels will be forced into child marriage.

The report reveals stark disparities, even between neighboring countries. A girl born in Namibia, with a child marriage rate of 7 percent, will have 1.3 times more opportunities than if she were born in neighboring Mozambique, with a child marriage rate of 53 percent. A woman is eight times more likely to die as a result of pregnancy in a low-opportunity country compared to a high-opportunity country.

READ: Three reasons you should be praying for Mozambique

“I want us to imagine a child that we know that was married, often to an older man and had to enter a new world of adulthood, way too soon. Now, think about the reality that 12 million girls around the world are being married every year already,” Buzducea states. “That’s shocking and what concerns us is that in the upcoming years, it is expected that an additional 10 million girls will be married off due to the impact of the pandemic lockdowns and the economic situation that we are all seeing around us. There is also a hunger crisis such as the one in East Africa that will only exacerbate this because it will force families to make very tough decisions for their survival.

“If a girl doesn’t have an educational opportunity, that limits her ability to have economic opportunities later in life, and that exposes her to an increased risk of being married early. Think about her children being raised in a poor family. The girl is at huge risk of being in an abusive relationship, very likely to have early pregnancy and birth complications, sometimes leading to deaths. So what can such a young mother provide to her children later in life?”

Andrew Morley, World Vision International President & CEO, said: “Child marriage robs girls of their God-given potential in an instant, forcing them into a life of heart-breaking abuse and violence. Our staff are on the frontline right across the world empowering and protecting children, teaching them their rights, and ensuring they stay in school. I have seen for myself how equipping children themselves to change community attitudes is so successful.”

“Yet much of this abuse continues in the shadows, and we need more support to tackle this injustice. We owe it to all girls everywhere to ensure they enjoy their childhoods free from abuse, are educated and have equal opportunities to excel no matter where in the world they are born.”

Dana Buzducea tells Premier Christians can make a difference to the situation :

“It will be amazing if we as Christians can join in prayer to stop the evolution of this alarming number of child marriages around the world. If we can pray for government’s wisdom so that they do prioritize investing in protecting children to prevent child marriages from happening in the first instance.”

You can read the full report here : Fighting for a Future – girls’ opportunities | It Takes A World | World Vision International (wvi.org)

7 Facts About Child Marriage in Africa