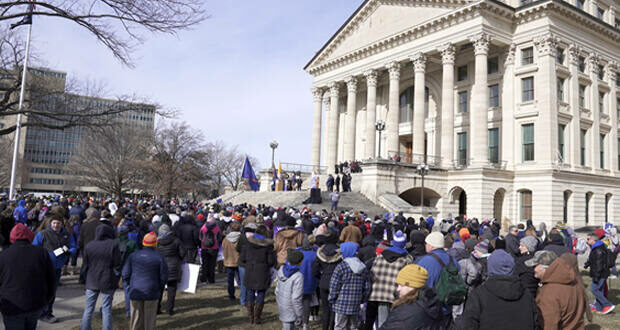 Pro-life advocates from across Kansas and the nation marched, rallied and prayed at the state Capitol Tuesday, Jan. 25.

The annual event, which has taken place for over a decade, drew attention to the lives of the unborn and a proposed amendment to the Kansas constitution. The Value Them Both Amendment would not ban abortion but would place safeguards on the abortion industry concerning health of the woman and unborn child. It would also affirm that there is no constitutional right to abortion in the State Constitution. 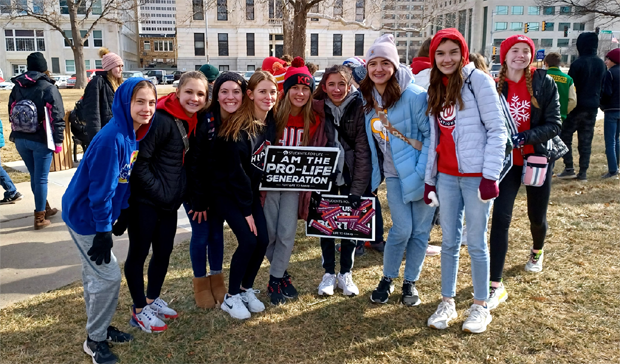 Kansans For Life, one of the organizing groups, is spearheading the amendment and working to educate voters across the state.

“The issue of life is not a partisan issue, It is a dignity of life issue. I want to thank the Kansas Legislators who have fought tirelessly to make it possible for this amendment to be on the ballot this August. They did their job, now it is time to do ours.” Borchers stated.

READ: Report: Texas women are traveling to ‘crowded’ clinics in Kansas for abortion

“Last year this time, my husband and I found out we were pregnant. I was struck with tears when I heard the heartbeat. This is not just me and my body, this is also him and his body,” O’Shea told the large crowd.

Borchers says that legal abortion is not enough for those on the pro-choice side.

“Legal abortion has never been enough,” she stated.

She emphasized that the goal is to place reasonable limits on abortion, putting the health of the mother and child above the profit motive of many abortion providers.

Danielle Underwood, Communications Director for Kansans for Life says this is a watershed movement for the pro-life movement and Kansas.

“The world is watching Kansas,” she said, repeating a phrase that has become the rallying cry for amendment supporters. 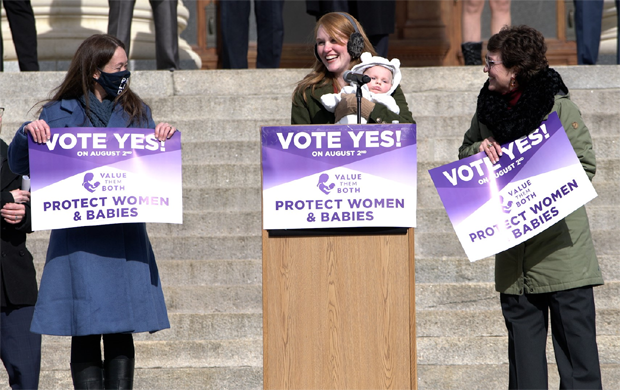 State Senator Kristen O’Shea speaks to the crowd while holding her new baby. Featured speaker Kim Borchers looks on from her left.

Faith leaders from numerous Christian traditions were at the rally to offer support and prayer.

Glenn Faris of Bethel Baptist Church in Topeka offered prayers that Kansans would work together to confront laws that do not value life.

“Lord, we’re here today to say that we value life, from the very beginning to the very end and all the life in between,” he stated. “We pray that as we are a people called by your name that we would stand for life, that we would do all in our power that you give us to overturn laws that take life for granted.”

READ: Abortion once again was leading cause of death worldwide last year

Borchers says the time is urgent, reminding the crowd that 7,542 children died by abortion in 2020.

“That number exceeded the number of lives lost from COVID-19,” she said.

Kristen Day of Democrats for Life, said that while Americans support pro-life policies, the Democrat Party is on the wrong side of history.

“Ending human life goes against the very principles and foundations of the Democratic Party,” she said.

Previous: Ministry turns to social media to reach younger generations for Christ
Next: The wrath and love of God