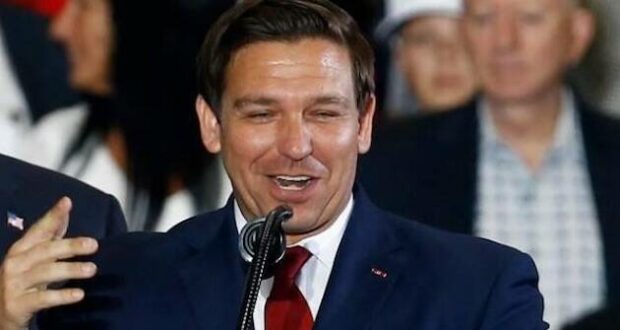 Pundits discuss why DeSantis cruised to victory while other Republicans underperformed

Political pundits are debating why many Republican candidates underperformed expectations on election day. Republicans across the country came up short in races that they were predicted to win, while Florida Gov. Ron DeSantis won in deep blue counties.

Florida was the one overwhelmingly bright spot for the Republican Party as DeSantis crushed the expectations of even his staunchest allies, winning by more than 1.5 million votes in a 19.5-point margin over Democrat Charlie Crist.

DeSantis’ victory came despite repeated attacks from Trump in recent days, whom some say has panicked over the notion that he may have to face DeSantis in a 2024 presidential primary. As of Wednesday morning, betting markets had DeSantis as the favorite to be the Republican Party nominee for president in 2024.

“One stunning truth exploded like fireworks on the Fourth of July tonight: The #DeSantis era has begun,” actor James Woods tweeted “No more limp-twisted Republican political hacks ‘reaching across the aisle’ will ever win again. This is war, and only warriors will win.”

“What a massive, crushing message DeSantis sent tonight,” Republican political analyst Scott Jennings said. “How could you look at these results tonight and conclude Trump has any chance of winning a national election in 2024?”

“If DeSantis lets Trump bluff him out of running for president after winning Florida by A MILLION AND A HALF VOTES it will be a fold for the political ages,” political writer Tim Alberta tweeted. “Make no mistake: DeSantis should now be considered the betting favorite to win the GOP nomination in ’24.”

“Ron DeSantis won his last gubernatorial race by 30,000 votes,” “The Daily Wire’s” Ben Shapiro tweeted. “He turned that into a historically large victory and along with the rest of the state GOP, turned a heretofore purple state bright red. Good things to remember for Republicans going forward.”

More on the DeSantis victory:

Tuesday’s election serves as further proof that solidly red Florida is past its days as a swing state.

Republicans won enough seats to give them a two-thirds supermajority in the State House and Florida Senate, according to the Miami Herald.

At a victory party Tuesday evening, DeSantis called his victory a “win for the ages” and thanked the Democratic bastions of Miami-Dade and Palm Beach counties for supporting him over Crist.

The DeSantis victory set up a possible future match-up between the Florida Governor and former President Donald Trump.