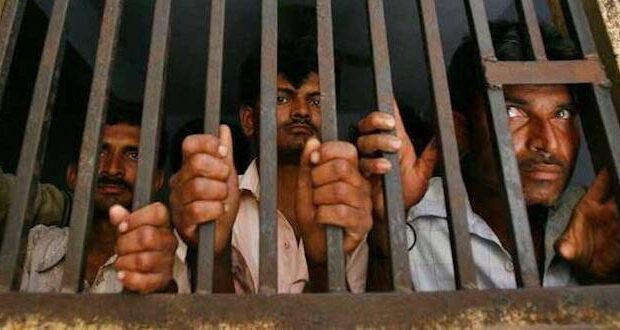 Release International, which supports persecuted Christians around the world, expects increased persecution in many nations in the coming year. The assessment comes after a review of 2020 and new policies put into place in many nations that target Christians and other religious minorities.

“Our partners tell us that attacks are on the rise under communism in China, Islam in Iran and Malaysia, and under militant Hinduism in India,” CEO Paul Robinson said. “Yet despite persecution and pandemic, we see clear evidence of the boldness, courage and trust in God of Christians under pressure around the world.”

China. Persecution is thriving in communist China, which has bought the silence of the international community through increased dependence on trade, according to the report Release International’s partners warn, “The government of President Xi Jinping is increasing its cleanup of anything that does not advance the communist agenda. They appear to believe that they can achieve this by systematic opposition.”

China has been exploiting the COVID-19 pandemic to tighten restrictions on underground believers. “The Chinese Government is trying every way to take advantage of the virus by increasing the crackdown against Christian churches,” said Bob Fu of China Aid.

Malaysia. COVID also has been used as a cover for increasing persecution in Malaysia. The newly formed government is using the outbreak of COVID for their purposes. Malaysian Christians from a Muslim background have experienced the sharpest persecution, which is likely to increase in 2021. However, coronavirus also has presented opportunities for underground church in nations hostile to the Christian faith.

North Korea. In one of the harshest environments in the world for Christians, believers have viewed the coronavirus as an act of God that opens new opportunities. During 2020, despite the COVID restrictions, Release partners were able to double their distribution of Bibles to Christians in North Korea.

Iran. Increasing numbers of Christians were able to avoid government surveillance by meeting online. The pressure on Christians in Iran is likely to continue, leading to a further exodus of Christians from the country in 2021.

Pakistan. Release partners said the blasphemy laws continue to be widely misused against Christians and other minorities, often to settle personal scores. In addition, the Christian community is facing the abduction, rape and enforced conversion and marriage of Christian girls.

Egypt. Again, it is Christians from a Muslim background who bear the brunt of persecution. Converts face expulsion from their families, divorce, estrangement from their children and loss of employment.

Nigeria. In Nigeria, where Christians have long been at risk from the Islamist terror group Boko Haram, they face a growing threat from heavily armed Fulani militants. Release partners believe these attacks are increasingly taking on the characteristic of a jihad, to which the international community is turning a blind eye.

India. Christians and other minorities fear religious intolerance will continue to grow during 2021, largely due to growing Hindu nationalism. Hindu extremists attacked churches and individual believers throughout 2020.

Previous: The 10 best family-friendly movies of 2020
Next: Can employers require workers take a Covid vaccine?