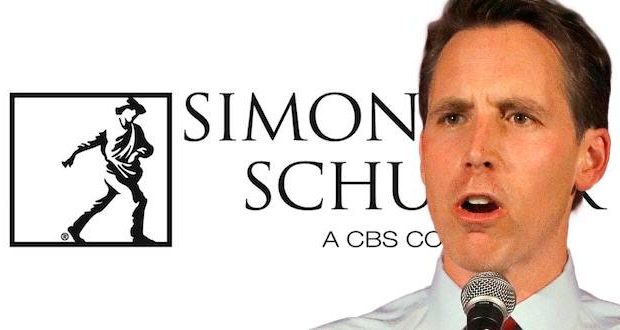 Hawley, who was among the Republicans objecting to the certification of the Electoral College votes that made Joe Biden president-elect, was slated to release “The Tyranny of Big Tech” in June. The book set out to argue that major tech companies “represent the gravest threat to American liberty since the monopolies of the Gilded Age,” according to Simon & Schuster’s website.

After the chaos at the Capitol, however, Hawley’s publisher backed out of the deal. The move by the publisher comes as major companies purge conservatives and conservative companies across the nation from the internet.

“After witnessing the disturbing, deadly insurrection that took place on Wednesday in Washington, D.C., Simon & Schuster has decided to cancel publication of Senator Josh Hawley’s forthcoming book,” they said. “We did not come to this decision lightly. As a publisher it will always be our mission to amplify a variety of voices and viewpoints: at the same time we take seriously our larger public responsibility as citizens and cannot support Sen. Hawley after his role in what became a dangerous threat to our democracy and freedom.”

Hawley slammed Simon & Schuster for its decision, tweeting, “This could not be more Orwellian. Simon & Schuster is canceling my contract because I was representing my constituents, leading a debate on the Senate floor on voter integrity, which they have now decided to redefine as sedition. Let me be clear, this is not just a contract dispute. It’s a direct assault on the First Amendment. Only approved speech can now be published. This is the Left looking to cancel everyone they don’t approve of. I will fight this cancel culture with everything I have. We’ll see you in court.”

The comapny has received tens of thosuands of calls to its customer service line complaining about action.

Hawley and Sen. Ted Cruz (R-Texas have taken flak for the role they played in opposing the certification of the Electoral College tally, despite having denounced the violence that erupted at the Capitol.