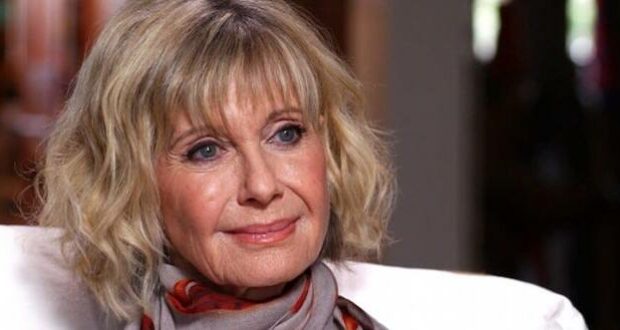 Millions of fans around the world are mourning the death of singer Olivia Newton-John earlier this week. She was, perhaps, one of the most decent people in the entertainment industry.

In a podcast interview last year, she revealed that when pregnant with her daughter in 1986, she made a promise to God that has caused her to pray every day since her daughter, Chloe Lattanzi, was born.

“I remember when I was pregnant with Chloe and I was close to losing her,” she told news outlets. “I went to bed and asked God to save her, and if he did, I would say the Lord’s Prayer every night for the rest of my life, and so I have.”

Newton-John, who was born in England and raised in Australia, shared about her faith and was asked if she ever contemplated her death.

“I have quite a few times that it was a possibility sooner than I wanted it,” she said. “We all know we are going to die. I think we spend our lives denying it. It’s extremely personal. I find it hard to put into words. I feel we are all part of one thing. I have had experiences with spirits or spirit life and felt the spirit world and have heard things that I believe there is something that happens.”

Although she identified as a Christian, she expressed views in the past that align with elements of mysticism. Newton-John said she knows there is life after death and a creator of the universe.

“It’s almost like we are parts of the same computer and we go back to the main battery,” she said. “I think there is a great knowingness out there we become part of it. I hope that the energies of the people you love will be there. I think all the love will be there. I’m sort of looking forward to that; not now, but when it happens.”

In an interview with Catholic News she stated, “I believe that all human beings are connected, like pearls on a chain. We have in common the search for peace, love and compassion. It is my hope that we can accept and respect each other’s [religious] traditions, no matter what our personal beliefs. This is my intention – to make music that helps to heal the heart and connect us to each other.

“Nature is my church,” she has also stated, which belies a hint of pantheism.

In 2006, the Grammy-winning singer released an album containing songs influenced by various faith traditions, many of which have a Jewish mysticism background as seen in Kabbalah. In 2007, she released a Christmas album.

In speaking about her 30-year battle with breast cancer she had been optimistic.

“Listen, I think every day is a blessing,” she told The Guardian newspaper in 2020, “You never know when your time is over; we all have a finite amount of time on this planet, and we just need to be grateful for that.”

“I see it as my life’s journey. It gave me purpose and intention and taught me a lot about compassion,” she said. “It has been a gift. I don’t wish it on anyone else. But for me, it’s been important in my life.”

Previous: What we can learn from the Army bugler who flubbed taps at JFK’s funeral
Next: Facebook reverses censorship of post that men can’t get pregnant