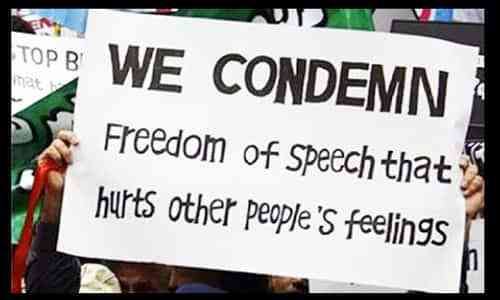 Nearly nine in 10 American universities restrict free speech in some form, according to the Foundation for Individual Rights in Education (FIRE’s) 2021 Spotlight on Speech Codes.

The organization looked at the free speech policies of 478 colleges and universities — 372 public institutions and 106 private colleges and universities. Based on a school’s written policies on free speech, it was assigned into one of four categories: Red light, yellow light, green light or warning. Factors examined when compiling the ratings included a university’s policies on “free=speech zones,” hate speech, internet usage, tolerance, respect and civility, harassment, obscenity and security fees.

“A decade ago when we put this report together, most of the schools in our database were getting our worst rating,” Laura Beltz, the lead writer of the report, stated, “Now the number of schools that are maintaining those most clearly and substantially restrictive policies are going down, which may surprise folks from things that they hear about the state of free speech on campus.”

Beltz attributed the improvement, in part, to the fact that “a lot of state legislatures are passing free speech-supporting bills that apply to public colleges.” The number of green light schools increased from 50 last year to 56 now.