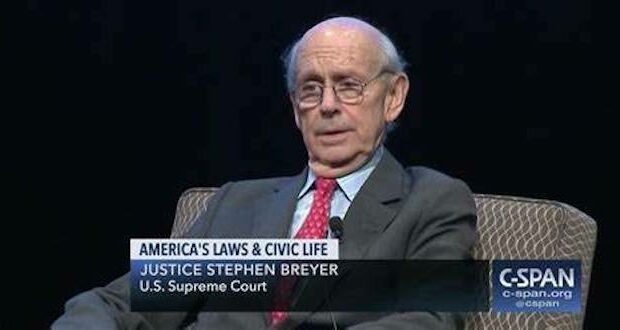 NBC news announced that Breyer, who is 83, is expected to tell the White House of his plans. He’s served 28 years on the court having been appointed by Bill Clinton.

Breyer’s retirement comes as Democrats are likely to lose control of both the House and Senate in the Nov. 2022 midterm elections. Public opinion polls show Democrats at historically low numbers. That included President Joe Biden who recently polled in the low 30s for approval with polling on specific issues such as the economy barely breaking into the 20s.

The retirement, and ultimate democrat-nominated replacement, is not likely to affect rulings from the court. He’s one of the bench’s stalwart liberals and has voted against pro-life and other culture-war issues regularly in the past.

Biden has said he plans to nominate a black woman to the court though political pundits say his nomination of Kamala Harris to the ticket in 2020 has proved disastrous for the administration. Harris has been labeled the most unpopular vice presidents in 70  years.

As listed by CNN, the president has said so on at least three occasions:

March 15, 2020: “Number one I committed that if I’m elected as president and have the opportunity to appoint someone to the courts, I’ll appoint the first black woman to the court. It’s required that they have representation now — it’s long overdue,”

June 30, 2020: “We are putting together a list of African American women who are qualified and have the experience to be on the court. I am not going to release that until we go further down the line in vetting them as well.”

White House Press Secretary Jen Psaki said in a tweet: It has always been the decision of any Supreme Court Justice if and when they decide to retire, and how they want to announce it, and that remains the case today.

While Biden has not released an official short list of picks for the Supreme Court, a list of possible contenders includes Georgia U.S. District Court Judge Leslie Abrams Gardner, who is 47 and the sister of Stacey Abrams, who is running for governor in Georgia.

Another potential nominee is D.C. U.S. District Court Judge Ketanji Brown Jackson, who is 51 and was confirmed by 50 Senate Democrats and three Republicans last year. Jackson was also on President Barack Obama’s short list for a Supreme Court pick in 2016.