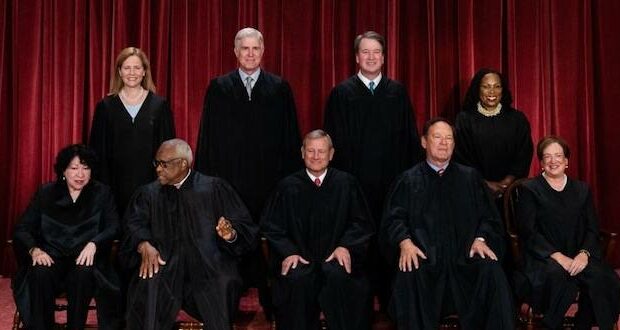 The U.S. Supreme Court on Monday will hear a case on whether to continue to allow racial preferences to be used in college admissions. “That would be a sea change in American law with huge implications across society,” Jeffrey Rosen, president and CEO of the National Constitution Center, told ABC News.

In a pair of arguments, justices will take up race-conscious admissions policies at Harvard University, the nation’s oldest private college, and the University of North Carolina, the nation’s oldest public university It is the first test for affirmative action before the current court with its six-justice conservative majority and three justices of color, including the first-ever black woman justice, Ketanji Brown Jackson.

Students for Fair Admissions, a conservative and multiracial coalition of 22,000 students and parents, sued the schools in 2014 alleging intentional discrimination toward Asian American applicants in violation of the Civil Rights Act of 1964 and Equal Protection Clause of the 14th Amendment.

The group, led by longtime affirmative action critic Edward Blum, is asking the Supreme Court to outlaw consideration of race in admission to public and private colleges and universities nationwide. “There are better ways of achieving racial diversity than treating people differently by race,” Blum said. He argues race-neutral approaches, such as a focus on socio-economic background, could meet the same objectives.

Lower federal courts have sided with the universities, ruling that neither broke from the Supreme Court’s long-standing precedent, which permits the limited use of race as one factor in a holistic review of individual applicants’ qualifications for admission.

“An applicant’s race is only one among dozens of factors,” the University of North Carolina wrote in its brief to the high court, as admissions officers bring “together a class that is diverse along numerous dimensions — including geography, military status and socioeconomic background. “Nothing in the text or history of the 14th Amendment suggests that universities must uniquely exclude race from the multitude of factors considered in assembling a class of students best able to learn from each other.”

The 14th Amendment was drafted and ratified after the Civil War with the express purpose of extending equal rights of citizenship to former slaves and other black Americans.