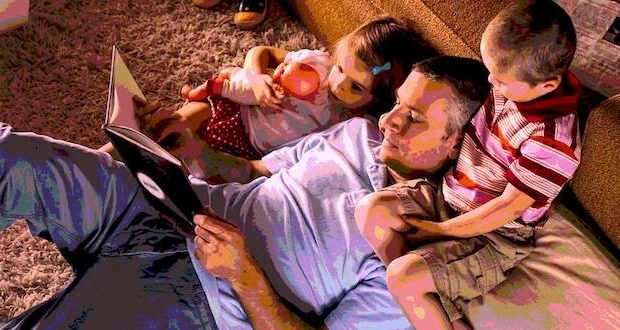 A new Pew Research Center analysis finds more fathers are satisfied with the amount of time they spend with their kids. The survey comes as the coronavirus lockdowns required millions more dads to spend time with kids who were schooled at home more.

The data was drawn from a survey of 10,332 randomly selected U.S. adults and was conducted Oct. 13 to Oct. 19, 2020. It also found that while fathers are more satisfied with the amount of time they spend with their children, women still share a majority of the household responsibilities.

According to the research, 46% of dads reported spending “the right amount” of time with their kids. This marks a 10-percentage-point increase from 2017.

The survey is good news for researchers concerned about parenting. Sociologists have insisted for decades that it is important for children to spend time time with their fathers, noting that kids who grow up with a present, engaged dad are less likely to drop out of school or end up in jail compared to children with absent fathers or no other male role model in their lives.

“When fathers are actively involved with their children, children do better,” Paul Amato, a sociologist who studies parent-child relationships at Pennsylvania State University, told Fatherly in November.

Among married or cohabiting adults with a working spouse or partner, men are more likely than women to be very satisfied with how their partner manages the work-life balance, 48% to 40%.