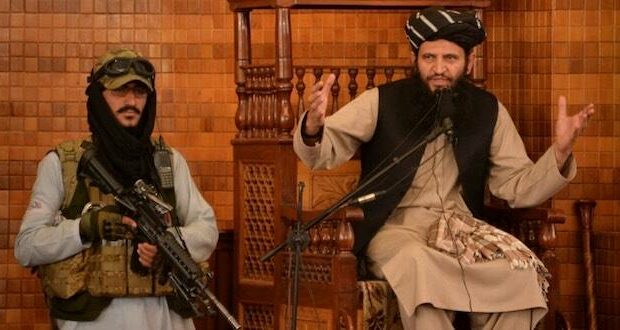 An imam speaks next to an armed Taliban fighter during Friday prayers at the Abdul Rahman Mosque in Kabul, following the Taliban's takeover of Afghanistan.

Taliban denies Christians exist in Afghanistan. Here’s why it matters

Husain Andaryas was a religious fighter in the war against the invading Soviet army in Afghanistan in the early 1980s, but almost a year after the Soviets left, he converted to Christianity. For the next nine years, Andaryas wandered in several regional countries, suffered torture, and was finally offered a job at a church in Virginia, enabling him to migrate to the United States where he encourages Christians under threat from the Taliban.

Now from his home in Tennessee, Andaryas runs a daily live show on YouTube and Facebook preaching Christianity in the Dari and Pashto languages.

“We have an Afghan church here in Tennessee which has 15 members,” Andaryas says, “And we have other, larger, Afghan churches in Kentucky, Los Angeles and elsewhere.” 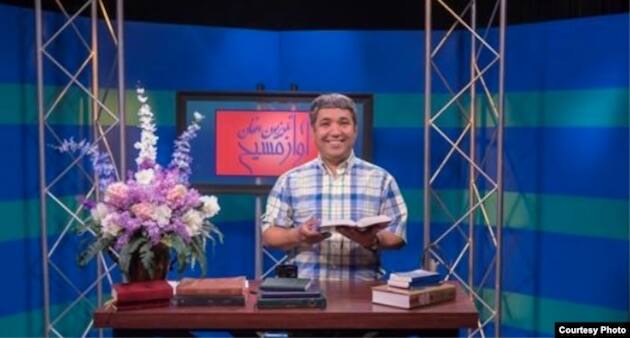 Hussain Andaryas presents his “Voice of Jesus” program on “Afghan TV” in the Dari and Pashto languages. The Taliban, who now control Afghanistan, say that there are no Christians in the country. (Photo: Courtesy of Hussain Andaryas)

Andaryas said many of the churchgoing Afghans resettled in the U.S. after the Taliban filled a vacuum caused by a bungled U.S. military withdrawal.

Last month, the U.S. Commission on International Religious Freedom (USCIRF) called on the U.S. State Department to designate the Taliban’s de facto government a “country of particular concern.” The designation will result in further financial and travel sanctions against Taliban officials.

Listen to a full-length Afghanistan update from Heart4Iran here.

“Reports indicate that the Taliban continue to persecute religious minorities and punish residents in areas under their control in accordance with their extreme interpretation of Islamic law,” USCIRF said in a report.

More than 85% of Afghanistan’s 38 million population are Sunni Muslims, about 12% are Shia Muslims, and small numbers of other religious minorities such as Sikhs, Hindus and others live there, according to various estimates. 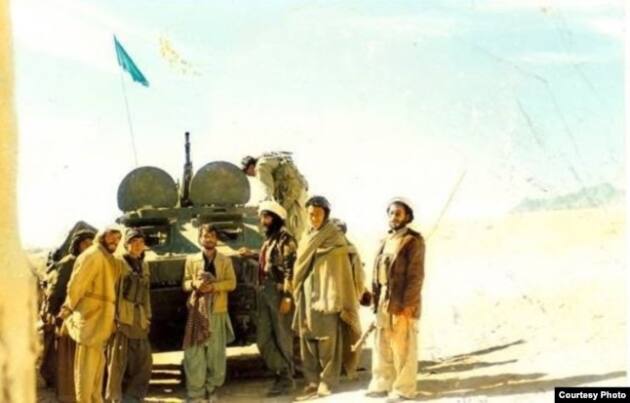 “ICC is in direct communication with a number of families currently hiding from the Taliban. Some are in quite a serious situation, with the Taliban conducting sweeps of entire neighborhoods or districts,” Claire Evans, ICC’s Middle East program manager, told VOA.

The only known Afghan Jew, Zebulon Simentov, left his native country in September.

Around the same time, hundreds of fearful Afghan Sikhs and Hindus also left the country. A once thriving community of about 250,000 individuals, now fewer than 300 Sikhs and Hindus are reportedly left in Afghanistan.

There is no official data available about Christianity in Afghanistan, but USCIRF, quoting ICC, has reported 10,000 to 12,000 Christian converts in the Muslim country.

“They are deeply afraid and heavily targeted by the Taliban. If they are caught, their lives and that of their loved ones are at immediate risk,” Evans said about Christians in Afghanistan.

The USCIRF has called on the U.S. government to create a legal resettlement program for the religious groups that are at extreme risk of persecution by the Taliban.

The U.S. government evacuated more than 124,000 Afghans in 2021 out of concern that the Taliban would target them because of their affiliation with the U.S. and its NATO allies.

Washington has refused to recognize the de facto Taliban government but maintained diplomatic contacts with Taliban officials to evacuate U.S. citizens and permanent residents from Afghanistan.

Even raising the evacuation of Afghan Christians with Taliban officials will be problematic and potentially risky.

“There are no Christians in Afghanistan. Christian minority has never been known or registered here,” Inamullah Samangani, a Taliban spokesman, told VOA.

“There are only Sikh and Hindu religious minority in Afghanistan that are completely free and safe to practice their religion,” he added.

Samangani did not specify what the Taliban will do if they find Afghans who have converted to Christianity, but quitting Islam has always been considered apostasy and punishable by law in Afghanistan.

In 2006, an Afghan man, Abdul Rahman, who had converted to Christianity was sentenced to death by a court in Kabul but flown to Italy after intense diplomatic pressure from the U.S. government.

“Practically speaking, it’s hard to evacuate people who for whatever reason, must stay hidden. Navigating this challenge is hard in the best of circumstances, and Afghanistan challenged every existing protocol. We hope that lessons learned can help global actors improve how they aid Christians under such trying circumstances,” said Evans.