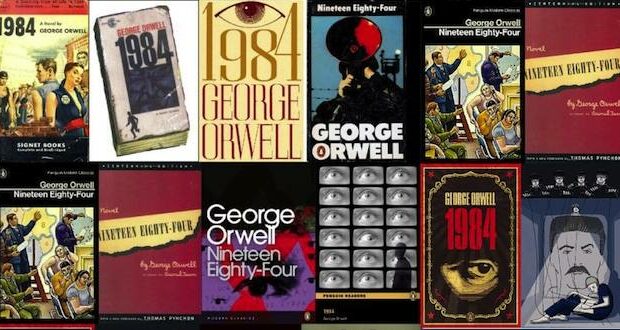 George Orwell’s Nineteen Eighty-Four is widely regarded as one of the greatest novels of the 20th century.

British literary critic V. S. Pritchett could have been speaking for many in his review for the New Statesman:

“I do not think I have ever read a novel more frightening and depressing;” wrote Pritchett after Nineteen Eighty-Four’s publication; “and yet, such are the originality, the suspense, the speed of writing and withering indignation that it is impossible to put the book down.”

Today it’s not unusual to find influencers on both the right and the left invoke Orwell’s book to decry the actions taken against them. In 2021, conservative US Senator Josh Hawely said Simon & Schuster’s decision to cancel his book deal “could not be more Orwellian,” while left-leaning media consistently claimed that former President Donald Trump was Big Brother personified.

Some parallels to Nineteen Eighty-Four we see today are downright chilling, while others seem silly. The question is, how does one separate breathless hyperbole from genuine threats?

To answer this, it’s helpful to look at the inspirations for Orwell’s book, a terrifying allegory detailing one man’s attempt to stay sane in a totalitarian state that tortures the truth—and people—to control society.

Many people know Orwell was a socialist for many years. Fewer know that Orwell became skeptical of collectivism, which he came to see as “not inherently democratic, but, on the contrary, gives to a tyrannical minority such powers as the Spanish Inquisitors never dreamed of.” 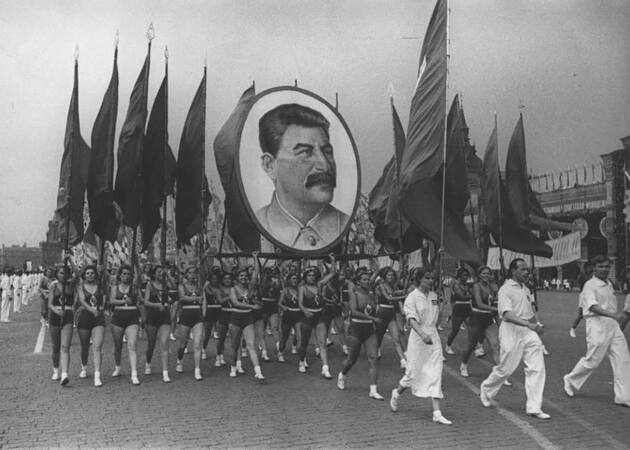 This is why there is general agreement that Orwell “modeled the totalitarian government in the novel after Stalinist Russia and Nazi Germany,” two collectivist states hostile to private property and economic freedom.

While some may quibble over to which degree these states were communist/socialist/fascist, what’s important to understand is that Orwell was modeling his dystopia on socialist states, particularly communist ones.

Orwell himself makes this perfectly clear in a letter he wrote to Sidney Sheldon, the man who purchased the stage rights to Nineteen Eighty-Four.

“[Nineteen Eighty-Four] was based chiefly on communism, because that is the dominant form of totalitarianism,” Orwell replied to Mr. Sheldon, “but I was trying chiefly to imagine what communism would be like if it were firmly rooted in the English speaking countries, and was no longer a mere extension of the Russian Foreign Office.”

2. WE, a Novel by Yevgeny Zamyatin 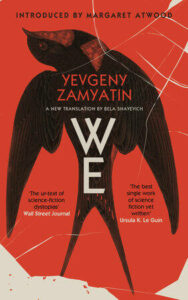 Few people likely have heard of WE, a piece of dystopian fiction that never gained the traction of Nineteen-Eighty Four. But it’s clear the book influenced Orwell who reviewed the work after the death of its author, Yevgeny Zamyatin.

Born in Lebedyan, Russia in 1884, Zamyatin was an enthusiastic socialist who became a member of the Bolshevik Party and participated in the Russian Revolution of 1905. Following the October Revolution, which he witnessed firsthand after returning from England, Zamyatin “threw himself headlong into party work, sitting on the boards of literary organizations and offering lectures on the craft of fiction,” writes Russian literary scholar Jennifer Wilson in The New York Times.

In 1920-21, Zamyatin wrote WE, a dystopian novel set 1,000 years in the future, which explores the pressure to conform in an authoritarian society that has become fully bureaucratized.

WE struck a nerve in the Soviet Union, and not in a good way.

The book quickly fell under the eye of literary censors, who banned the novel prior to publication—despite Zamyatin’s Party enthusiasm—making it “the first novel officially banned in the Soviet Union,” according to Wilson. The book was not published until 1924, when the book house E. P. Dutton published an English translation, and Orwell would not review it until more than 20 years later.

The extent to which WE influenced Nineteen Eighty-Four is debatable, but The Guardian points out many of the similarities between the books.

The characters in We are numbered rather than named: its Winston Smith is D-503, and its Julia I-330. Its Big Brother is known as the Benefactor, a more human figure than Orwell’s almost mythical dictator, who at one point phones D-503 (“D-503? Ah … You’re speaking to the Benefactor. Report to me immediately!”). Where Orwell’s apartments come complete with an all-seeing “telescreen”, Zamyatin’s buildings are simply made of glass, allowing each of the residents – and the “Guardians” who police them – to see in whenever they want. We’s Airstrip One, or Oceania, is called OneState. Instead of puzzling over 2+2=5, its lead character is disturbed by the square root of –1.

Readers can determine for themselves how much they think WE influenced Nineteen Eighty-Four. What’s clear is that Orwell read the book, was influenced by it, and would see his own dystopian novel published just two years after he reviewed Zamyatin’s work.

Perhaps the single greatest theme of Nineteen Eighty-Four is the idea of totalitarians attempting to control speech to shape reality. 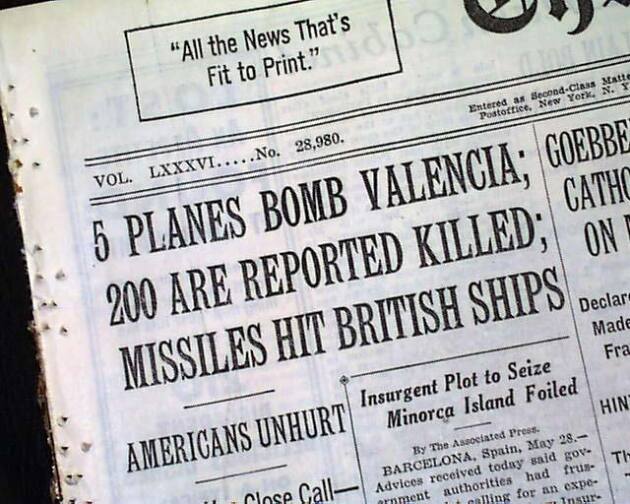 Throughout his life and career, Orwell was motivated by a desire to remain attached to truth, and his experience in the Spanish Civil War shook him deeply. During that conflict—a war involving fascists against communists—Orwell witnessed war propaganda and its corrosive impact on the truth in English newspapers.

In his work George Orwell: My Country Right or Left, 1940-1943, Orwell described how much this frightened him.

“…I saw newspaper reports which did not bear any relation to the facts, not even the relationship which is implied in an ordinary lie. I saw great battles reported where there had been no fighting, and complete silence where hundreds of men had been killed. I saw troops who had fought bravely denounced as cowards and traitors, and others who had never seen a shot fired hailed as the heroes of imaginary victories; and I saw newspapers in London retailing these lies and eager intellectuals building emotional superstructures over events that had never happened.”

Orwell’s brush with totalitarianism, war, and state propaganda left him terrified that “the very concept of objective truth is fading out of the world.”

This would be a terrifying prospect any time, but it was particularly so during the period when Orwell was writing Nineteen Eighty-Four, when the world stage seemed set for a perpetual (cold) war.

Few today are likely to dismiss Orwell’s book as a mere figment of dystopian literature.

Nineteen Eighty-Four is, after all, largely a story about one man’s attempt to maintain a grip on truth and reality in the face of state power and endless propaganda.

In 2022, with just six media companies controlling most of the nation’s information distribution and well-connected to the government, perhaps we should read it again.

Previous: Taliban denies Christians exist in Afghanistan. Here’s why it matters
Next: Americans from all backgrounds agree on importance of parental rights