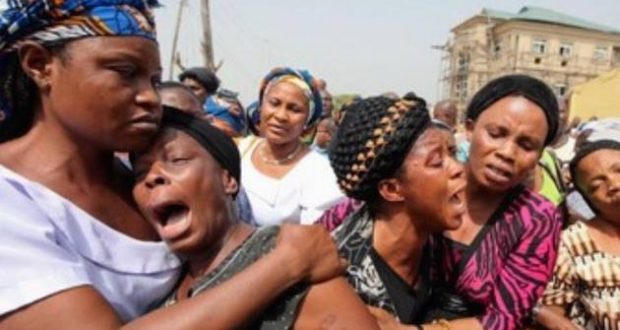 The not-so golden silence of the Nigerian diaspora

In my comfy suburb of Washington, D.C. where I take care of my three beautiful girls, build my web-based media company and live my dream, there are no wild elephants as there are back in my Nigerian homeland.

But there is an elephant in the room. A big one. 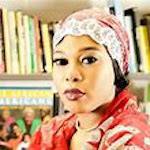 You see, back home, we have killings of unarmed people in their homes in the middle of the night. Not as horrific anomalies like psychotic school shooters. No, these killings have been taking place almost every week for years. Sometimes scores of hardworking farm women and men and their helpless children get hacked to death in their homes in the middle of the night. Sometimes a dozen church folks get shot to death as they leave church on a Sunday morning. Or they get stabbed and beheaded as they leave church, as happened to Mr. Wollo Thomas, 46, and his seven-year old son, Nggewe at 8:50 p.m. as they left choir practice in their village chapel in the Bassa Local government area of Plateau State Sunday, July 14. The killers were suspected radical terrorist Fulani herdsmen who have been cleansing the middle states of Nigeria for 10 years.

According to several Nigerian media, a resident of the community, Bitrus Izah told Zongo Lawrence, the Publicity Secretary of Miango Youth Development Association gunshots were heard followed by the chant of “Allahu Akbar”, and as they rushed out, they saw two dead bodies of a father and his son. The tragedy has struck the community with numbing regularity. According to Lawrence, at least 17 persons have been killed this year, often on Thursdays and Sundays.

READ: Nigerian ramping up efforts to expose genocide against Christians

Tens of thousands of people have been kidnapped on highways and held for weeks while their families scramble to borrow money for ransom. In just one fertile region in central Nigeria where there is area about as big as the acreage of suburbs between Washington, D.C. and Baltimore, more than 400 unarmed men, women and children have been hacked to death by machetes by armed militias shouting “Alahu Akbar” as they charge into villages before daylight. Whoops! I did it again. I mentioned the elephant, and that is a sin, because, you see, in Nigeria, it’s not cool to talk about the elephant. Nigerian reporters are supposed to cite “herders” in first reference, followed by “gangsters” or “hoodlums” in the following references. The convention is not to put too much blame on the ethnicity that produced President Muhammadu Buhari, all of his service and intelligence chiefs and the top positions of the army and police forces.

It’s allowed to talk about “insecurity in the nation,” or to say there’s a “farmer-herder conflict” across Africa and Nigeria simply has the worst case of it. Nigerian journos are among the most timid and obsequious in the world.

Buhari nonetheless hit back at his timid critics two days after the gruesome beheading by saying his naysayers were not patriotic. By his lights, those criticizing “isolated cases of insecurity in the country were not patriotic Nigerians,” according to the respected Vanguard News. By his lights, Nigeria is just one of many countries in the world coping with banditry and kidnapping.

And that might be true, except that I helped the living witnesses to genocide tell their grim story to Congress and to reporters and broadcasters for the month of June. From Washington to Dallas I took notes as Rebecca Sharibu, Gloria Puldu, Alheri Magaji, Mercy Maisamari, and Napoleon Adamu told of witnessing massacres on a hellish scale. Dubbed the “truth squad,” the five went home at the end of June taking their nightmare with them.

Only problem is, once you have seen the elephant, you don’t’ forget. You can’t be silent like most everybody else in the diaspora, but more and  more you think , “Silence isn’t golden” for the good folks in harm’s way back home.

“If you cannot tell the truth about yourself, you cannot tell the truth about other people,” the fearless Virginia Woolf taught us. Thank God Nigeria produced Nobel Laureate Wole Soyinka and some great truthtellers like him. Thank God the Right Reverend Tunde Adeleye has called on the President to step down. Thank God that former president Olusegun Obasanjo is sounding the clarion call that the country is heading toward apocalypse. Yes, there are truth tellers, and that’s maybe a sign of a political awakening in my beloved country. But my beloved country has a problem with telling the truth about itself. It is a good country. Very good. So good, it should be better.

–Magna Faith Krimi is a Nigerian-born independent writer based in the Washington area who writes on war, culture and politics in Africa.