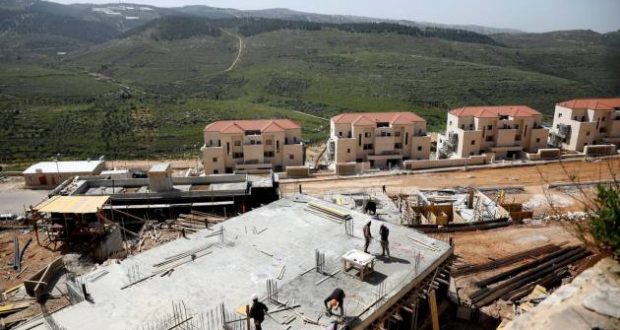 Home construction in Judea and Samaria.

In a effort to encourage the peace process with Arabs living in Judea and Samaria, Israel’s ancient homeland which is today referred to as the “West Bank,” 700 new Palestinian homes  have been approved by Israel’s security cabinet.

The projects will now need to be approved by the Civil Administration, The Jerusalem Post reports.

The news follows an Israeli TV report that  Netanyahu’s security cabinet held discussions about the move on Sunday and Monday.

The Prime Minister’s office has yet to comment on the report.

Israel rarely issues building permits to Arabs in Area C which is central to the safety of the nation and previously was a hotbed of Palestinian terrorism.

According to the Oslo Accords agreed to by Israel and the PA, Israel has complete military and administrative control of Area C, which makes up about 60 percent of the West Bank.

Netanyahu’s push to approve more building permits for Palestinians is highly criticized by leaders of Israeli settler communities and lawmakers who recognize it as part of historical Israel. The West Bank had been occupied by Jordanian troops from 1948 until 1967 when Jordan was defeated after stand 5 other Arab nations attacked Israel in the 6-Day War. Israel pushed the invading armies and Jordanians out of the “West Bank” and took control while also re-uniting Jerusalem which the Jordanians had divided with barbed wire and land mines for the previous 19 years.

Responding to the TV report, Yesha settlement council chairman Hananel Dorani said that “instead of fighting against the Palestinian Authority’s takeover of Area C and destroying the illegal construction that is rampant there, the prime minister is raising the possibility of surrendering to the phenomenon and approving the illegal construction, and perhaps even approving further construction. We fully oppose this and call on the ministers of the security cabinet to oppose this proposal.”

The Jerusalem Post reports that Ofir Sofer of Israel’s United Right party accused Netanyahu of allowing the Palestinian Authority to take over Area C. Sofer also urged Israelis to vote for the United Right instead of Netanyahu’s Likud party during the September 17 elections.

“We need to be as strong as possible,” Sofer said.

The last time a plan was introduced to grant building permits to Palestinians was in 2017. The measure was highly criticized and the security cabinet froze it indefinitely.