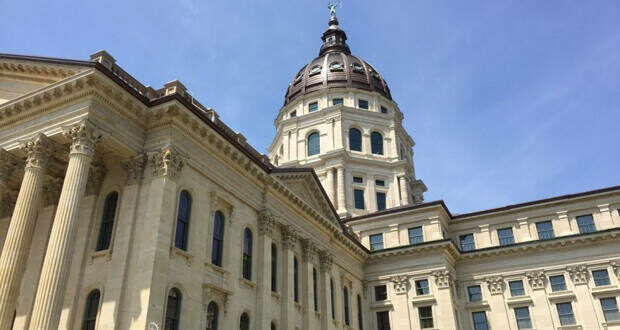 Two constitutional amendments on the Kansas ballot for 2022

On Tuesday, November 8, Kansas voters will weigh in on two proposed constitutional amendments, as well as determine a number of major state and federal offices, from U.S. Senator and governor to local representatives, and even whether to retain judges. Here are the details on these two ballot measures.

A “yes” vote supports this constitutional amendment to allow the state legislature to pass laws by a simple majority vote to revoke or suspend rules and regulations adopted by executive agencies or officers.

A “no” vote opposes this constitutional amendment, thereby maintaining that the legislature can pass bills to change the law governing the executive agency or pass a resolution expressing displeasure with the rule or regulation.

Currently, executive branch agencies and officials may adopt rules or regulations that have the force of law. The legislature can pass concurrent resolutions expressing displeasure with a rule or regulation.

A “yes” vote will reduce the authority of the governor and other state officials and give the legislature more say in how the state regulates businesses, protects the environment and preserves people’s health. This puts more power in the hands of local elected officials and less with unelected appointees.

A “yes” vote supports amending the state Constitution to require the election of county sheriffs in counties that had not abolished the office as of January 2022 and provide that sheriffs may be recalled from office or removed by a writ of quo warranto initiated by the attorney general.

A “no” vote opposes this amendment to require counties to elect sheriffs, thereby maintaining that counties can elect to operate under a consolidated law enforcement agency according to state law.

The amendment would amend the Kansas Constitution to require the election of county sheriffs in counties that had not abolished the office as of January 2022 and provide that sheriffs may be recalled from office or removed by a writ of quo warranto initiated by the attorney general. Riley County abolished its sheriff’s office in 1974 and is the only county in Kansas without a sheriff

A ‘yes’ vote on the amendment means other counties would not be able to eliminate or completely merge their sheriff’s office with another law enforcement agency – like a local police department. If the amendment passes, it would also prevent local prosecutors from ousting a sheriff.

A ‘no’ vote means county leaders would be able to completely consolidate their law enforcement agency – or get rid of their sheriff’s office all together.

Having an elected sheriff became an issue last year when Johnson County’s home rule charter came up for its 10-year review, and a charter commission member suggested making it an appointed position.

“Any time you lose the right to have an elected person represent you, it removes a lot of accountability, and it takes a little piece of democracy from our voters,” Johnson County Sheriff  Calvin Hayden said. “So, the consolidation is not always a good thing.”

Voters can request a sample ballot from their county election office, or online here. This link also lists your congressional, state House and Senate and local districts.

READ: How should you vote? Let me tell you……

Previous: A letter from Congressional Candidate Jacob Turk to voters in the 5th District
Next: C5 will host Veteran-themed luncheon at National Guard Museum