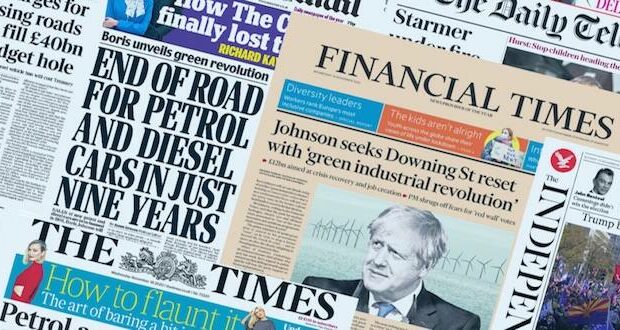 UK may raise taxes to cover Paris Climate Accord costs

The British government may raises taxes on its citizens to pay for the cost of its Paris Climate Accord commitments. The UK pledged to reach “net zero” greenhouse gas emissions by 2050, according to a Treasury report published this week.

In June 2019, the UK government passed legislation committing itself to achieve net-zero by 2050, in order to deliver on the commitments under the Paris Agreement in 2016.

The United States pulled out of the Accords with President Donald Trump saying that the real goal of the Paris Agreement was wealth re-distribution. At the time, Trump said that the American public would end up paying higher taxes if the U.S. remained in.

Those fears are being confirmed for the British people while the Biden administration has now rejoined the Accords.

The UK’s National Audit Office warned last December that the net-zero commitment is a “colossal challenge” that will cost hundreds of billions of pounds.

In a review (pdf) into the future of the UK’s net-zero plans, the Treasury said hitting the target would put pressure on public spending, and warned that tax increases are unavoidable.

“There will be demands on public spending, but the biggest impact comes from the erosion of tax revenues from fossil fuel-related activity,” the report said.

The government collected $51 billion from taxes on fuel and vehicle excise duty meaning that if the country goes to zero emissions, that revenue will be lost.

“Without action to offset these pressures the public finances will be put in an unsustainable position,” the review said. “Therefore, delivering net zero sustainably and consistently with the government’s fiscal strategy requires expanding carbon pricing and ensuring motoring taxes keep pace with these changes during the transition.”

Future governments “may need to consider changes to existing taxes and new sources of revenue” rather than relying on increased borrowing, the Treasury said.

“Seeking to pass the costs on to future taxpayers through borrowing would not be consistent with intergenerational fairness nor fiscal sustainability,” said the review. “This could also push up the economic cost of the transition.”

Talking to Sky News on Wednesday, Business Secretary Kwasi Kwarteng admitted that making the transition to net zero can be “very costly” for consumers.

“It’s a fine line you have to tread between making the transition and essentially forcing people and imposing costs on people to make the transition,” he said.