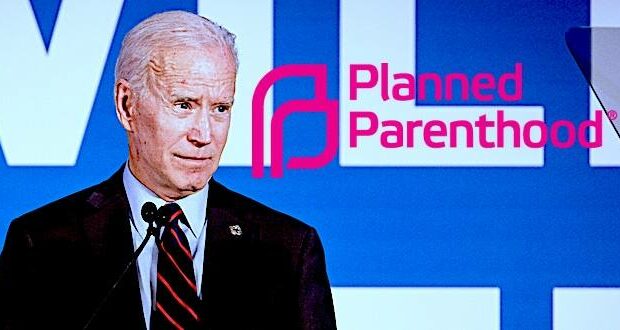 Abortion clinics that receive federal tax dollars soon can refer women for abortions. The Biden administration earlier this week rolled back a Trump-era rule that banned such abortion referrals.

However, this sum that Planned Parenthood receives is only one-tenth of their total haul of taxpayer dollars, over $500 million of which is Medicaid reimbursements.

“Today more than ever, we are making clear that access to quality family planning care includes accurate information and referrals, based on a patient’s needs and direction,” Health and Human Services Secretary Xavier Becerra said.

HHS originally proposed the regulation change in April, but it was required to undergo a notice-and-comment period and additional review before it could be finalized. A federal appeals court in California in 2019 ruled in favor of the Trump administration and its expressed action to “ensure that taxpayers do not indirectly fund abortions,” despite legal challenges from more than 20 states.

Upon taking office in January, President Biden criticized his predecessor’s rule, saying in a memo that it “puts women’s health at risk by making it harder for women to receive complete medical information.”

The Biden administration estimated that annually, the program served about 1.5 million fewer women as a result of his predecessor’s regulation. According to the Guttmacher Institute, about one in four clinics that previously operated on Title X funds closed in 2019 in response to the Trump-era policy.

Planned Parenthood’s acting president at the time called it a “unethical rule that will limit what providers can tell our patients, although the Trump administration argued its rules did not include “the so-called ‘gag rule’ on counseling about abortion that was part of the Reagan Administration’s Title X rule.” Affiliates of the organization serve roughly four in 10 patients funded by Title X.

Connor Semelsberger, a director of federal affairs at the Family Research Council, said “it comes as no surprise” that the Biden administration “moved at lightning speed to … send millions of taxpayer dollars to America’s largest abortion business, Planned Parenthood.”