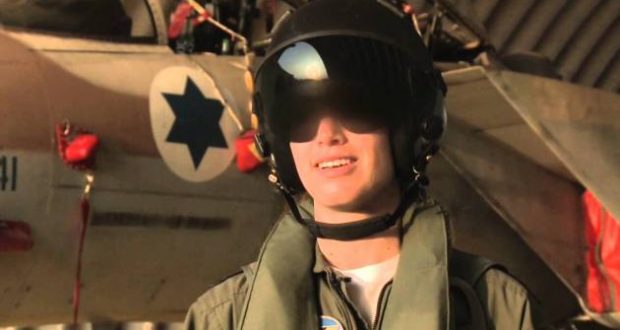 Until this year, there were more female Israeli figure pilots than women drivers in Saudi Arabia.

In a shocking, or perhaps not-so shocking vote the U.N. Economic and Social Council approved a resolution that targets only Israel for alleged violations of women’s rights, while ignoring countries like Iran, Saudi Arabia, Yemen and Pakistan. The 40-2 vote failed to address any of the notorious and misogynistic policies denying basic rights to women in Muslim countries. The United States and Canada were the only countries that voted against the resolution.

The U.N. apparently suppressed the latest world data that shows Israel ranks higher than most countries, including the U.S. and many in Europe, for pay equity, women’s rights, healthcare and education access and availability of childcare. Israel’s Middle Eastern Muslim nations rank toward the bottom of each list.

The U.N. Council, which has been routinely criticized for its bias against Israel,  concluded its annual session by ignoring the world’s worst abusers of women’s rights, refusing to pass a single resolution about women in Saudi Arabia, Iran, Pakistan, or DR Congo, all of which ranked in the top ten worst countries in the 2018 Global Gender Gap Report, produced by the World Economic Forum.

Out of 20 items on the U.N. Council’s 2019 agenda, only one — Item No. 16 against Israel — focuses on condemning a specific country. All the other focus areas concern global topics such as disaster relief assistance and the use of science and technology for development. However, much of the resolution did not deal with womens rights but instead included anti-Israel rhetoric, accusing the Jewish state of numerous crimes and alleged violations of human rights.

The resolution said Israel’s policies “reaffirms that the Israeli occupation remains a major obstacle for Palestinian women and girls with regard to the fulfillment of their rights, and their advancement, self-reliance and integration in the development of their society.” But Israel does not govern the area in which these women live. The resolution completely ignores how Palestinian women’s rights are suppressed by their own governing authorities—the Palestinian Authority in the West Bank, and the terrorist organization Hamas in Gaza. It also does not mention how women are discriminated against within patriarchal Arab society.

The resolution also said that the U.N. Council has “grave concern about the continuing systematic violation of the human rights of the Palestinian people by Israel, the occupying Power, and its impact on women and girls.”

After adopting that resolution, the council then voted in a second resolution to state that Israel’s occupation of “Palestinian” and Syrian lands (the Golan Heights) has allegedly violated the economic and social rights of Palestinians and contributed to the economic hardship of the country.

Israel took back control of ancient land that had been the Tribe of Dan in the Golan after Syria invaded Israel in 1967 and lost. Syria had used the hiss of the Golan to fire mortars on Israeli villages and fishermen on the Sea of Galilee from 1948 until 1967.

“This U.N. Economic and Social Council is a farce that has reached new heights of absurdity by singling out Israel alone on women’s rights while ignoring the countries that are the world’s worst abusers of women’s rights,” said Liberty Counsel’s Founder and Chairman Mat Staver. “There are women in Saudi Arabia, Iran, Pakistan, and Yemen who are abused and tortured under harsh male guardianship laws for simply being female. The U.N. is a worthless institution and an insult,” said Staver.

–Liberty Counsel is a nonprofit, litigation, education, and policy organization dedicated to advancing religious freedom, the sanctity of life, and the family since 1989, by providing pro bono assistance and representation on these and related topics.

Previous: US reaches agreement with Turkey to protect Christians
Next: Sears is closing Independence, other Missouri stores