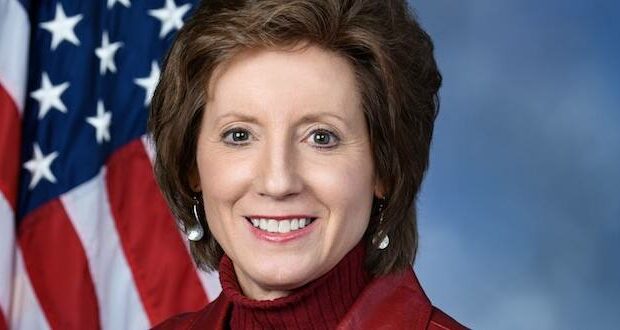 Rep. Vicky Hartzler holds a narrow lead in the race for the Republican nomination for the U.S. Senate in Missouri. With the primary election less than a month away, she remains ahead of Attorney Gen. Eric Schmitt and former Gov. Eric Greitens.

All three candidates are within the margin of error in the Trafalgar poll. Hartzler garnered 24 percent in the poll, with Greitens scoring 23.5 percent and Schmitt at 22.8 percent. More than 16 percent of the poll’s respondents remain undecided.

The poll was conducted from June 28 through June 30 and polled 1072 likely GOP primary voters. The Trafalgar group is noted as a reliable pollster, earning an A- rating with a 66 percent correct prediction percentage from FiveThirtyEight.

Some polls, including a recent Remington poll, have shown Greitens and Schmitt as the leaders with Hartzler a few points behind. Remington has a B rating from FiveThirtyEight.

The poll may surprise some after out-of-state “dark money” began airing thousands of television commercials attacking Hartzler. Political observers say the ads, which portray Hartzler as a liberal, are grossly misleading. Earlier this year, Hartzler was ranked as the third-most conservative member of Congress.

Hartzler recently gained endorsement from the Missouri Farm Bureau and has had staunch support from the other Missouri senator, Josh Hawley.

Former President Donald Trump has yet to get involved in the primary. His endorsement likely will have a major sway if he chooses anyone in the race. National polls currently have Trump ahead by several points in a hypothetical match-up against Joe Biden. The polling also reveals that Democrats have not received their expected bump from the controversial Jan. 6 hearings. In fact, the process may be hurting Democrats. The proceedings came under renewed scrutiny after the Secret Service agents said they’ll testify that recent testimony about Trump attempting to commandeer the presidential limo was false.

As for other party leaders, Sen. Ted Cruz (R-TX) has endorsed Schmitt. Former Sen. Roy Blunt doesn’t plan to get involved in the race to replace him. Missouri’s Senate race continues to attract national attention as one of the country’s most tightly contested primaries, with a possibility of a Democratic victory if the right conditions align for Trudy Busch Valentine or Lucas Kunce.

Meanwhile, Ken Harbaugh, a Navy veteran and longtime friend of Greitens, is calling for the scandal-plagued candidate to drop out of the tight primary race. Greitens was governor of Missouri for 17 months in 2017 and 2018 before stepping down under threat of impeachment following a sex scandal in which he allegedly took a compromising photo of his hairstylist without her knowledge during the course of an affair. The phot was of her tied naked in his basement.

Greitens has since been embroiled in a number of controversies. He has come under fire for a campaign ad encouraging people to hunt “RINOs,” or “Republicans in name only,” and faced backlash for allegations of domestic abuse.

Harbaugh and Greitens, cofounded the Mission Continues, a nonprofit group that helps veterans reintegrate. In a video posted on Twitter, Harbaugh highlighted their longstanding relationship and former policy positions. He accused Greitens of “inciting violence to regain power,” arguing that he is “not the same person whose weddings I went to.” Harbaugh noted that he and his family members helped Greitens in his gubernatorial bid and stood by him following his resignation.