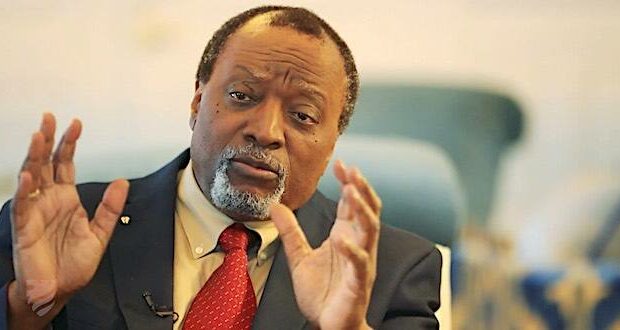 Former presidential candidate Ambassador Dr. Allan Keyes will headline the Voice for the Voiceless banquet Thursday, Oct. 7. The event is a fundraiser for Missouri Right to life – Western Region and helps fund educational programs throughout the year. The banquet will be held at Stoneycreek Conference Center in Blue Springs, Missouri.

In addition to being an ambassador to the U.N. and candidate, Dr. Keyes is an American conservative political activist, pundit, and author. Keyes has said that his purpose in life, like that of the America’s founders, is to provide a secure future for our children and our posterity. He is considered is a leader among moral conservatives.

Keyes received his Doctorate in Government from Harvard with an emphasis on the U.S Constitution. His extensive experience in American government, along with his public faith and defense of God’s part in the founding of the United States has allowed him to provide a cogent defense of morality in America. He has also consistently raised the standard of unalienable rights and Biblical truth in defense of the unborn.

Missouri Right to Life – Western Region is the area’s premier pro-life legislative and educational organization. It sponsors events throughout the year and hosts booths at public venues such as the Metro Voice Christian College Expo each February. It will be at the Oak Grove Fall Festival on Saturday, Oct. 23.

As one of the only people to ever debate Barack Obama, Keyes made abortion front and center in a televised debate:

As a branch of the Missouri Right to Life state office, the Western Region employs the dual arms of education and legislation.

MRL-WR uses pro-life educational materials based facts, science, history, and personal testimony to bring the abortion debate to the forefront of the minds of many who otherwise may never stop to think about the importance of this issue.

It’s legislative efforts are facilitated as the number of pro-life supporters increase. “When truth is revealed through education, people become more motivated to sign petitions, write letters to their congressmen, and march in peaceful protests” the organization states.

Tickets for the event can still be reserved. Single Banquet Ticket are just $55. The private reception is an additional $20.